Life is Always in Style

COL1972 (Culture of Life 1972) created a limited edition black hat to grieve the loss of baby’s rights in New York and across America. COL1972 is leading the charge and asking you to Pray for our Country! Purchase your hat at www.COL1972.com. 10% of each purchase goes to pro-life organizations in this battle for a baby’s right to life.

The Pro-life movement is winning in America, and will continue to do so with public support.

While the Democrat Party holds that fetal heartbeat bills are unconstitutional, reasonable people disagree. American citizens have inalienable rights memorialized in the Constitution. The first of those rights is LIFE. Ideally, a baby’s right to life should not to be stomped on by a woman’s LIBERTY nor PURSUIT OF HAPPINESS. Even if the one treading on it, is its mother.

The pro-life movement is winning in America, and will continue to do so with public support.

Pro-abortionists attach euphemisms to disguise science. The fact is that a baby in the womb has its own heartbeat. It is not a limb of the woman. The woman is a baby’s host until birth. Attempting to protect a newly created person from its own mother, seven states proposed 14 fetal heartbeat bills for the 2019 legislative term. Summarizing the intent: “The heartbeat has always been the clear signal of the presence of life” why not here, too?

Horrifying truth captured on video exposed Planned Parenthood (PP) abortion as ghoulish body snatchers in 2015. In a segment, a harvester /abortionist crows “We’ve been very good at getting heart, lung, liver because we know that, so I’m not gonna crush that part, I’m gonna basically crush below, I’m gonna crush above…”

Shockingly, PP may technically be in compliance with federal law, although “Federal law prohibits the sale of body parts of aborted babies.” Needless to say Congress claims outrage, investigations will follow, and once again does nothing.

Pro-death Planned Parenthood has lost a lot of American business funding over the years. According to LifeNews, in 2015, because of the video proof and outrage, “Representatives from Coca-Cola, Ford Motor Co. and Xerox say they’ve asked Planned Parenthood to remove their names as corporate donors to the embattled organization.”

Not surprisingly, PP has removed their sponsors page and an updated list is unavailable.

Only a temporary victory, a Fifth Circuit Court of Appeals ruling sided for Texas. While the lawsuit continues along the appeals process, Texas can stop Medicaid money from going to Planned Parenthood. In the lawsuit, state lawyers used Center for Medical Progress’ undercover videos. In the videos, PP employees admit procedures are modified “to better harvest aborted baby body parts for research”.

As President Trump fulfills his campaign promise to appoint conservative Justices to the Supreme Court, there is hope (or fear) that SCOTUS will “pare back abortion rights,” depending on what side of the aisle one sits. The current Congressional climate is obstructionist and spineless. Presumably, partisanship pandering is not to be broken on a bi-partisan abortion law. Instead, State measures will make their way to the seemingly pro-life Supreme Court. Time will tell.

Nonetheless, in President Trump’s 2019 State of the Union Speech (SOTU) address, he clearly stated that full-term abortion is wrong. He cited that NY’s bill, as well as VA’s proposed bill, were unacceptable. He called on Congress to do the job they were elected to do.

“To defend the dignity of every person, I am asking the Congress to pass legislation to prohibit the late-term abortion of children who can feel pain in the mother’s womb,” said President Trump at 2019 SOTU.

This year’s March For Life was held in Washington, D.C. on January 18, 2019. The world’s largest pro-life event was a huge success, with the largest turnout ever. The epic rally at the National Mall speaks volumes for those without a voice. The theme was pro-science: “DNA is determined at day one.” 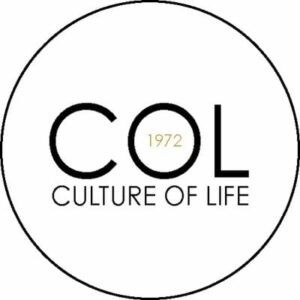 COL1972
COL1972 began with a mission to fill the gap in the fashion industry and change the world for the better. We are artists and dreamers.Thinkers and influencers. Shakers and movers. We are united by the belief that every life matters. We are constantly inspired by the idea that all life must be celebrated. We hope to create a #LifeTribe that stands out, for good. Created by Carla D'Addesi, her husband and three daughters. All Welcome! Will you join us? Shop at www.COL1972.com and use NRN10 promo code for 10% off.

Latest posts by COL1972 (see all)
Share to break through the censorship!