Nothing Says MAGA More Than a Trump Rally

President Trump is a natural campaigner and his base can’t get enough of him traveling from city to city. It’s like the ‘Trump Tour,’ and hes the rock star. Nothing beats his grand entrance on Air Force One, theatrically rolling in and parking behind the patriotic stage. He’s then but a few steps away from taking the podium to Lee Greenwood’s “Proud To Be An American,” surrounded by thousands of MAGA Americans

With thirty-two Trump rallies since April and an anticipated six more consecutive rallies ahead, before the big November 6th Midterm vote, President Trump is in full-on campaign mode. The goal is simple; win an overwhelming majority in the House and Senate to push through the entire Trump agenda, on important matters like Build The Wall and Voter Reform. The past five Trump rallies have been quite significant in energizing the base, endorsing key pro-Trump candidates and motivating conservative voters to vote. President Trump’s message is clear: Keep America Great (KAG) with an enormous Midterm redwave! 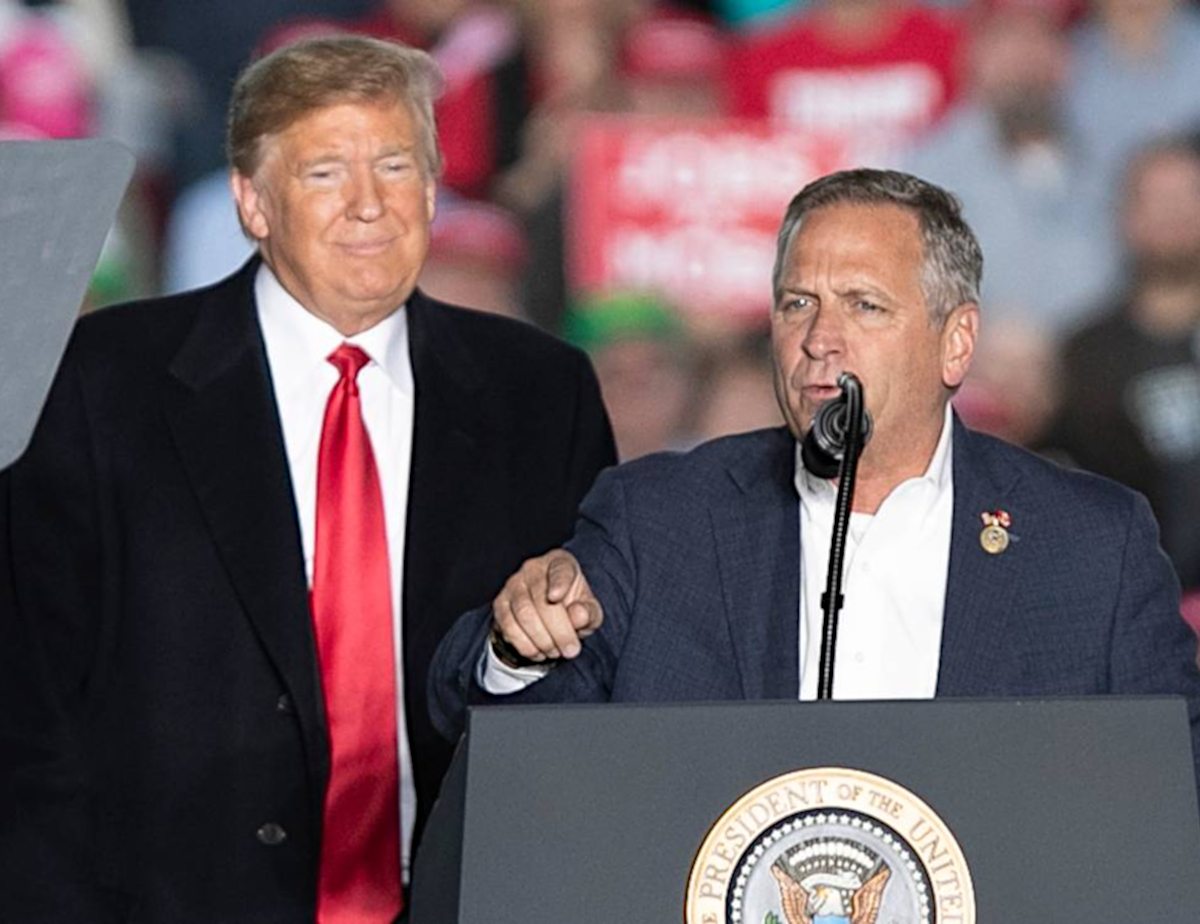 President Trump showed true leadership in the aftermath of the Pittsburgh synagogue shooting. At the Illinois campaign rally, the president called it an “evil antisemitic attack” and an “assault on humanity”. In addition, he vowed that the murdererer will pay “the ultimate price.” President Trump defined the Midterm agenda by illustrating the stark choice between “resistance and results.”  He praised candidate Mike Bost and vowed he would protect pre-existing healthcare conditions. He finished promising results in protecting America from the immigration caravan headed north towards the southern American border.

At the North Carolina rally, President Trump addressed the spate of mail bombs sent to CNN and the arrested Florida resident Cesar Sayoc. The president also stuck to his message that a vote for Democrats is a vote for open borders and the caravan. In addition, President Trump made clear how important getting out the vote is. In addition, he emphasized that Republicans barely have a majority now and that we need unseat a lot of Democrats to strengthen our voting power. He also sent his best wishes to those battling the hurricanes. As he succinctly put it “Democrats are encouraging millions of illegal aliens to overwhelm your schools and communities with strained public resources to the breaking point.”

Among the messages President Trump conveyed at the Wisconsin rally was the importance of getting the vote out and voting Republican. The president vowed to bring those who have sent pipe bombs to political figures to justice. He said “we want all sides to come together to peace and harmony,” calling out divisive Democrat figures. The president touted the victory in the confirmation of Justice Kavanaugh as an “unusually qualified justice” and touted his achievement in placing two SCOTUS justices on the bench and rebuilding our military. He reiterated the call to elect more Republicans; mocking the Democrats, he asked “What happened to this blue wave?” The president expressed optimism with early voting. He also touted his achievements in defeating MS-13 and combating illegal immigration. He once again called on other countries to pay their fair share, a message no doubt many voters will be receptive to. 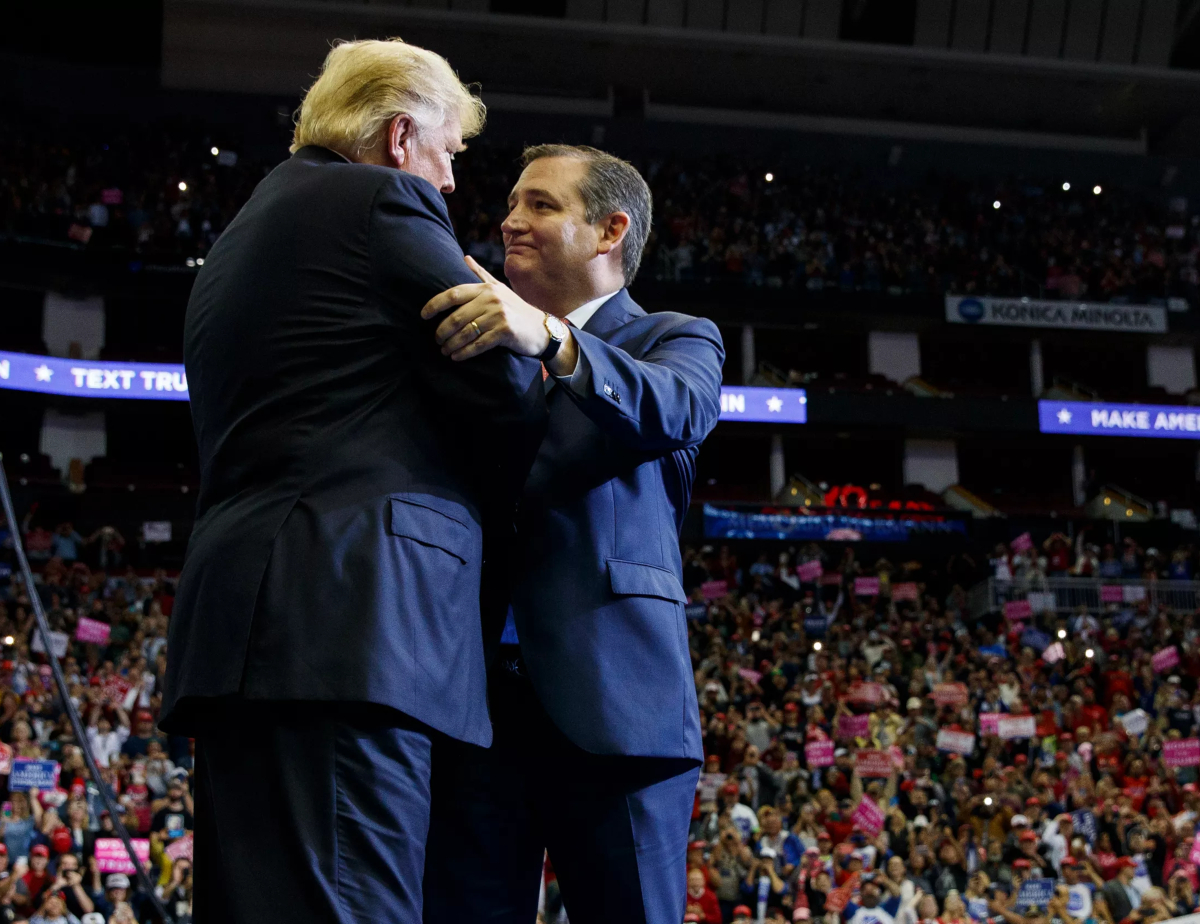 The Texas rally was a historic night of unity. Town Hall reported 100,000 RSVP’s for the rally, with a massive crowd watching outside the venue on big screens. The crowd was so massive, that for the first time ever Brad Parscale, Trump’s 2020 campaign manager, and his team set up a tailgate outside the event. President Trump stood with former presidential campaign rival Senator Ted Cruz in the packed Houston, Texas arena. In his historic speech, President Trump made the dividing lines clear, calling out globalists like Cruz’s Democratic opposition Beto O’Rourke. Globalists are people who frequently represent the establishment and the deep state and put global institutions and needs above the nation state. President Trump, on the other hand, declared himself to be a proud “nationalist.” Nationalism puts the needs of the nation state first and is not beholden to global governance. The president then proclaimed his support for ten percent tax cuts for middle class families. He endorsed Senator Cruz wholeheartedly saying “no one has helped me more.” The President’s new name for Senator Cruz is now “Texas Ted.”

President Trump held a rally in Nevada to support GOP Senate candidate Dean Heller. The president hit on important ideological points saying Democrats “want to destroy our American heritage” and “erase the country’s legacy.” He also emphasized economic nationalism saying he would preserve Social Security unlike the Democrats who will destroy Social Security and Medicare. He also talked about the importance of combating illegal immigration and the caravan of migration currently threatening our country with invasion. It was a clear contrast with Republicans standing for law and order and with ICE and Democrats supporting illegal invaders.

Why We Vote Red

Reminiscent of President Trump’s Inaugural Address, Trump ends every rally with, “We all bleed the same red blood of patriots, we all enjoy the same glorious freedoms, and we all salute the same great American Flag.” For America, patriotism and respect for fallen soldiers, vote straight party ticket Republican on November 6th!

Patriot911News depends on the support of readers like you. Donate now

Seth Segal
Seth Ian is a writer for NRN, conservative populist writer and supporter of President Trump. He is a proud Religious Jew and a graduate student at Yeshiva University.