America’s education system has been under assault by liberal ideology for decades. We have seen this over the past few years with college protests of conservative speakers, viral videos of professors and teachers verbally attacking students who support President Trump, and gun control protests. Gone are the good ole days where parents could trust our education system to teach our children the benefits of capitalism and the greatness of our republic. We have failed to offer a real education of civics for an entire generation. The National Assessment of Educational Progress (NAEP) in 2014 found that only 25% of US students were proficient in civics. Decade after decade our education system focused on standardized test scores vs. critical thought, first with “No Child Left Behind” and then followed up with Common Core. How can our children grow up to defend their rights if they do not know or understand what their rights are?

Teaching our children to give up their rights has become an epidemic.  Liberals like to coin phrases like political correctness, cultural appropriation, and hate speech then force these terms on our children. All of these phrases are a direct assault on the First Amendment. The best way to drown out dissent and limit speech is by teaching that hate speech should be outlawed and not protected under the First Amendment. Just last week protests at UC Berkeley over Ann Coulter speaking led to her attendees physically attacked trying to make it through the crowds of protesters to enter the venue. Liberals not only want to prevent speech they do not like to hear, they do not want anyone else to hear it either.

Today Children are Expected to Participate in Activism During School Hours

We are witnessing liberal activism during school hours with gun control. School shootings are terrifying for both parents and students but, just as terrifying are political organizations expecting children to participate in a walkout over the organization’s political agenda. The claims were that children planned the walkouts themselves back in 2018 when they marched on Washington DC after the Parkland shooting in Florida. When fact checked it was revealed that the Women’s March was behind organizing the walkouts and protests. Children have just as much right to protest as adults but, political organizations should not be coordinating them. Many parents who are pro-life may be disturbed to have an organization who lobbies for abortion rights arranging a school walkout over gun control.

Teachers Force Their Liberal Ideology on Their Students in the Classroom

The worst offense liberals have committed is sharing their political ideology in the classroom and assignments. Our tax dollars earmarked for education and teacher salaries is designed to educate not indoctrinate. We have seen horrible displays of this practice since Trump was elected. Take for example the New York Post article from February 16th, 2017 where the teacher in Staten island who included an anti-Trump question in their middle school students vocabulary homework assignment. When the parents complained the teacher defended it as freedom of speech. The worst the teacher received was a disciplinary letter in their file.

No federal law prohibits teachers from sharing their political ideology in the classroom. Each school district implements acceptable behavior of their teachers. If conservatives want to end liberal ideology in our schools then they need to start lobbying their representatives at the local, state, and federal level to pass laws prohibiting teachers and political organizations from sharing their ideology to students during school hours. 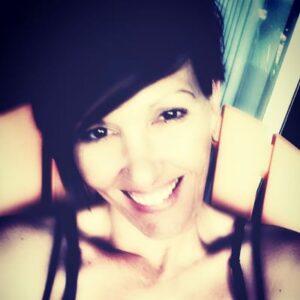 Holly Wilhelm
Holly Wilhelm is a writer for NRN. She was raised as a Democrat and grew up watching her father raise money for political candidates in Indiana. Wilhelm left the Democrat Party in 2010 when Obamacare passed. She's driven to educate people on how and why the Democratic Party has turned communist.

Latest posts by Holly Wilhelm (see all)
Share to break through the censorship!