It is time for Americans to be honest with themselves. The media, in its rush for impeachment, are lying to us. They pushed the Russian collusion hoax for two and a half years and ended up with nothing. Having already set up the Ukrainian hoax with the assistance of Pencil Neck Schiff, they moved to another location using the same liars and talking points that didn’t work with Russia. It won’t with Ukraine either.

It should be evident that the agenda of Progressive Socialist Democrats is to regain power by whatever means are necessary.

The media is more decadent and immoral than the political class. They claim a moral superiority that is a sham. In 2018, they performed as public relations for Progressive Socialist Democrats rather than do any actual reporting. They have become the propaganda arm of Progressive Socialists and have stopped doing any due diligence many years ago. They are nothing more than ventriloquist dummies spewing the talking points of their masters in the Democratic Party.

The President has survived a non-stop years-long campaign from the media and the Progressive Socialist wing of the Democrat Party to remove him from office. There is no question that the Democrats and media will go to any lengths of impeaching President Trump against the wishes of the American people. They understand that they must abuse power to regain power. It has become clear that they talk of the Constitution but refuse to follow it without any sense of fairness.

This morning they held a sham vote in steps not used since the Soviet NKVD show trials of Stalin. Progressive Socialists rubber-stamped what Adam Schiff has been doing for the past month, allowing secret hearings and rules that decimate the rights of both the President and the American people to see the results. If the case is so open and shut for impeachment, allow the American people to see the depositions.

Going to the sycophantic press to claim you are fighting for the Constitution and patriotism is a farce. The only step missing so far is the guilty findings of the family of those who refuted the system, although they have made a statement in the past about Trump’s family that could quickly turn in that direction. Perceiving that President Trump is a rival for the American voter and is instrumental in the rejection of Socialism being foisted on the American people, a show trial seems appropriate to those who thirst for power.

There will come a time when the lies being told in the media will collapse. From the Russia hoax to faux impeachment, everything will be forced into the daylight. There will be apologies from the press; they will claim they were only providing information. Not mentioned is that the only information they provided was a list of Progressive Socialist talking points spoon-fed to them by leftists who search for a way to get back the power they feel they deserve.

Adam Schiff is a Fraud

Adam Schiff has made himself a “fact witness” in the investigation, and, as such, it is illegal for him to be the lead investigator or prosecutor in the sham that has been flashed over the airwaves. He is not an independent investigator and has been proven to have lied many times in the past. He lied about incontrovertible evidence in the Russia hoax for almost two years. The “whistleblower,” a Democrat informant who is up to his neck in a conflict of interest, was supposedly the impetus for the impeachment.

Schiff is doing nothing more than expanding the “insurance policy” that was to take President Trump out when he became President. With the assistance of the media, the leaks that have emerged from secret depositions have all been detrimental and reported breathlessly. It is interesting that the media is not clamoring for the full transcripts to be released.

It was always Schiff’s scheme to falsely accuse the President of obstruction of justice based on a phone call that was not compelling. An abuse of power charge is also not forthcoming from the evidence in the phone call transcript made up of second and third-hand hearsay. Progressive Socialist Democrats never expected the President to release  the transcript of the phone call. So now they are caught running a false impeachment scam to cover their tracks.

For example, the Mainstream media will not report that Alexander Vindman, one of Schiff’s star witnesses, is connected to the Ambassador to Russia under Obama and also has a connection to Fusion GPS’s Glenn Simpson. Within the deposition, Vindman admitted that he tampered with and tried to alter the call transcript. Vindman also admitted he shared the text of the Ukraine phone call with several operatives.

If that is the case, who permitted him to do that, since all discussions that our President has with other world leaders are highly classified? It is a violation of 18 USC 798 to leak a Presidential classified call. When Representative Jim Jordan, a Republican member of the committee, asked who Vindman shared the information with, Schiff closed down the questioning. What right did Schiff have to shut down the questioning? The information, much as the total depositions, is not classified, and any member should have the right to ask questions.

In an effort to control what the citizens of our country hear and think, Progressive Socialists are attempting to control the narrative. Pelosi, Schiff and others talk of the danger to our national security over a phone call, the damage done to our country, the corrupt administration that wants nothing more than to enrich themselves through the government. They never explain how this could be when we have a President that takes no salary and has lost money by becoming President. These platitudes mean nothing, and not one of their lap dogs in the press will ask for examples.

Democrats continue to bleat out these garbage points without any examples thinking the American people are ignorant enough to believe them. Progressive Socialists know there is no evidence that would hold up in an actual impeachment, so they continue to further talking points that are a sham. They leak lies to make the President look bad and expect the American people to go along. There will come a time when the citizens of this country will start to ask questions. They will ask why the transcripts are being hidden. Could it be that the transcripts do not support the lies being told by Schiff?

The farce that Progressive Socialists are pushing will continue. Does anyone doubt that Progressive Socialists, with the help of the Deep State, will not move on to another “bombshell” that will finally impeach Trump with further lies and innuendo?  If President Trump is re-elected, does anyone doubt that the farce will continue? They know when this impeachment joke goes to the Senate all will come out; Schiff, Pelosi, and all the others who feel so morally superior will be once again shown to be liars.

For months we have listened to Progressive Socialist whine about the “walls closing in” and that this time they have what they need to impeach. If that is the case, why are the depositions secret? Why are the depositions not being brought forth to show the corruption that Progressive Socialists so adamantly say is there? Why are all the American people are fed innuendos and targeted leaks that prove nothing?

It should be evident that the agenda of Progressive Socialist Democrats is to regain power by whatever means are necessary. No longer are they concerned with constituents they represent. They claim the bills they send to the Senate being held up are the Republicans fault, knowing full well that none would pass.

The ridiculous processes Progressive Socialist Leftists have taken since President Trump was elected will be shown as a usurpation of the rule of law. They will be condemned for not working towards the betterment of our country. The sycophants in the media continue to call this debacle an impeachment inquiry even though there is nothing official or legitimate about this lopsided process. 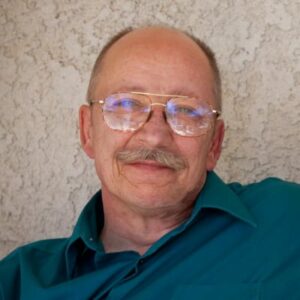