Millennial Democrats are Passionate, Yet Misinformed

The Millennial generation harbors many beliefs that result from an educational system that is designed to misinform through selective omissions and outright lies. The hippies of yesteryear are the college professors of today. Their students, Millennials, will have a tremendous impact upon the 2020 election, and a disturbing number of them embrace their professors’ ideas about everything from gender theory to identity politics. In this environment, “Millennial Lenin” Alexandria Ocasio-Cortez is allowed to thrive.

It is in large part due to them that Kamala Harris may become the Democratic nominee for president. This is the case, despite her disturbing record as an extreme leftist who adores Obamacare and says that it didn’t go far enough. She would also obliterate the economy by combining Kamala-care with a $15 minimum wage nationwide. Harris’ reportedly advanced her career by sleeping with a married man. Promiscuity is something that is embraced by Left, since it advances their war upon the family unit.

Competing, Opposite Ideologies of Feminism, and Chivalry

If feminism were what it claimed to be, an ideology that promotes equality and happiness for women, then feminists would promote the family unit, which has repeatedly been tied to women (and men’s) sense of self-worth and long-term fulfillment. Instead, they undermine and seek to destroy the family. Among feminist groups, “nuclear family” is a slur. Adherents of feminism further endanger women in other ways.

If feminism were what it claimed to be, then feminists would promote the family unit.

For example, if feminist-propelled narratives regarding transgenders and similar deviants were embraced, then there would be no need for the protections of women that have been commonplace for eons. If men are inherently no different from women, then women do not need and are not entitled to protection or separation from men. This includes in sports, dressing rooms, bathrooms, and prisons. So, the agenda of feminists actively endangers women, while tending to make them miserable.

The ‘90s and the Decline of Society

The decline of society escalated greatly in the 1990s, when Christian prayers were forbidden in public schools, and children were forbidden from bringing their Bibles. It’s not just individuals who need faith. It’s also essential for the health of a society. Without a third-party system of morality that is separate from oneself, people in positions of power tend to gravitate toward authoritarianism. By doing this, they justify their own evils with a relativist “morality.” The Bible has been the backbone of the most free societies in history, and America’s Founding Fathers knew that for any people to remain free, they had to be both moral and educated, because freedom requires personal responsibility.

The Trappings of College Loans

College loans from the government have trapped the Millennial generation in perpetual debt, in much the same way that the welfare system has created generational debt into perpetuity. Alas, the Millennial generation largely has degrees that are flagrantly useless outside of academia. Some of the employers of today have begun avoiding the college educated altogether. It is simply easier to start with nothing than what the “educational” establishment produces.

As a result of their snowballing debt and useless degrees, Millennials tend to harbor feelings of extreme resentment. Instead of directing their resentment appropriately, they once more turn to the nanny state to fix their mistakes. This usually happens without them realizing that it was both the shadowy branches of government and the educational system working in tandem that had conspired against their better interests and those of the nation. They obediently and resentfully regurgitate whatever their socialist professors told them. They push blame towards all things Western. They blame capitalism, imperialism, colonization, free markets, education, Christianity, the written word and any other Western virtue that can be mystically ascribed their own guilt through intellectual gymnastics, as a means of explaining their individual failures, awhile never requiring actual self-reflection. Of course, what is most important to the professors who destroyed their students’ lives was the avoidance of all true Western history.

This is seen in how the American forefathers (like other “imperialists” before them) spread truly representative governments, technology, education, the best code of morality, civilization, law, navigation, science, art and the list continues seemingly endlessly. With almost equal emphasis is their avoidance of what really happens when a country has been socialist or communist for more than a few years, for obvious reasons. They have wrought what is ultimately the genesis of an uneducation, which is the hallmark of modern American universities, and this is mirrored in the institutions on the other side of the Atlantic. What is left is a generation that is ignorant, hopeless, and with unbridled envy. 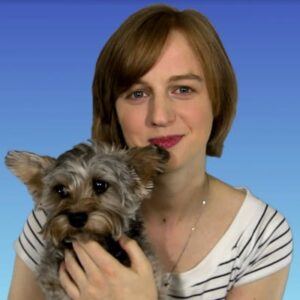 Sarah Corriher
Sarah Corriher is a writer for NRN and video creator who highlights current political topics from a conservative perspective. She is concerned about the direction of America, especially regarding the erosion of free speech and gun rights, both of which make America unique in the world. Corriher sees America, as Ronald Reagan did, as the shining city on a hill, providing a beacon of hope around the world. She often employs the moniker ‘The Ashamed Millennial,’ and is trying to redeem the lost generation.

Latest posts by Sarah Corriher (see all)
Share to break through the censorship!