Can the Democratic Party be Compared to a Plantation?

You might often hear blacks who’ve made their exodus from the Democratic party referred to as having ‘left the plantation.’

Can the Democratic Party actually be compared to a slave plantation? Black Democrats probably won’t get the reasoning behind some folks using the word ‘plantation’ to refer to their beloved Democratic party. The comparison, while possibly off-putting, is a deliberate attempt at waking people up to similarities between today’s Democratic party and the past Democratic party that was pro-whip, pro-chain, pro-cotton-picking, Pro-Jim Crow and Pro Ku Klux Klan.

So, perhaps we should look at the similarities between the old slave plantations and the party of the Left. Perhaps we should consider the possibility that black Democrats are being used for votes the same way that slaves were used for gathering bundles of cotton. Yes… Consider that there are similarities. Perhaps, instead of looking at things as they’ve been framed by the Left, perhaps we just might think to ‘Consider Culture.’

Being constantly reminded of our history in America, blacks have often resorted to asking that the government pay reparations for what was done in the past. If not in the form of reparations then in some other form. Today many black Democrats look at the government and feel that a debt must be paid for the oppression of the past.

Politicians, educators and the media all participate in delivering reminders about just how bad that past was. Much time is spent on teaching us about slavery, and Jim Crow in schools, while incredible success stories like that of many of the slaves who were able to start successful businesses and buy their own freedom go untold. Politicians remind their voting bloc how much oppression is still going on today and how it’s rooted in the history of a racist America. The media makes sure to cover, over and over again any event which they can label as a racist event and then compare those claimed racist events to past events from the terrible history previously drilled into our minds by teachers in elementary schools across the country.

These participants serve to further this victim narrative which labels those dastardly individuals on the Right as victimizers who do not want to help black folks. At least not in the way that Democrats want to help.

But then you have to ask what is it that the Democrats are doing to help? This is where the rubber meets the road, of course. Are policies, that paint blacks as needy helpless creatures that only politicians are able to save by forcing universities and businesses to lower standards. Are they truly helping or are they actually harming us by making us dependent and presenting an image of blacks to the world that depicts us as a group that needs the rules bent in order for us to succeed?

History Speaks for Itself

History shows us very clearly how Democrats thought of black folks in the past. Democrats were the ones who fought to keep slavery going, While Republicans allowed blacks to vote and even become politicians themselves. Democrats, who were incensed by these things, decided to form a terrorist group called the Ku Klux Klan in order to cause fear and hopefully prevent blacks from voting.

Democrats didn’t want black people to vote. Especially since they knew that no black person in their right mind would vote for policies that kept them in chains. One hundred percent of Democrats voted against the 15th Amendment, which gave blacks the right to vote. The majority of Democrats also voted against citizenship and abolishing slavery. The Republicans were the ones who freed the slaves, putting the Democrats in a bad position, politically in the future. Especially once free blacks began to vote. And of course they voted primarily for Republican candidates.

So as years progressed, Democrats needed a new strategy that would have blacks, once again, working to benefit Democrats. The Great Depression offered Democratic politicians an opportunity to snatch the black vote relatively quickly. Perhaps they didn’t even mean to, but because so many blacks were disproportionately suffering after the depression began, the government was able to provide ‘assistance’ as they began a new program to rescue American workers from the fallout of the depression. The New Deal!

Franklin D. Roosevelt’s (FDR) New Deal was created and provided that relief in the form of public works projects like the building of roads, bridges, airports and other projects that temporarily hired a large portion of black workers, who were in dire straights at the time. Black republican politicians like Arthur Mitchell were paid to speak out on behalf of these new programs and later saw opportunity in switching parties and leading blacks towards the party that was providing all of these new government jobs and benefits and at the same time lining his pockets.

Blacks, who were thankful to have been given opportunities to get back to work, saw FDR’s policies as the reason that they were no longer suffering as much as they had been and understandably they began to also switch parties. But because this relationship was basically based on a sort of dependency it, in my opinion, dealt a severe blow to Americans. Especially black Americans, who now were moving towards government dependency instead of freedom and independence.

It’s important to note that blacks were not always willing to move in the direction of dependence. Frederick Douglass had a brilliant answer when asked what the United States government should do for the Negro. His answer was firm and swift, “Do nothing with us! Your doing with us has already played the mischief with us. Do nothing with us! If the apples will not remain on the tree of their own strength, if they are worm-eaten at the core, if they are early ripe and disposed to fall, let them fall! I am not for tying or fastening them on the tree in any way, except by nature’s plan, and if they will not stay there, let them fall. And if the Negro cannot stand on his own legs, let him fall also. All I ask is, give him a chance to stand on his own legs!”

What Douglass and many others of that era understood was that independence was necessary to build strong families and economies for blacks. And, due to this way of thinking, some blacks did do well for themselves independently. Cities were built, towns were erected. Black success, education and commerce became more and more prevalent.

As good as some blacks did for themselves, there were still many who suffered from poverty and other social ills. But, perhaps that was part of the motivation to move towards the Left as well.

The Slavery of Dependency

Dependency has always been a motivating tool. Slaves, for the most part, were able to be kept in bondage due to dependency. It’s the same method that pimps use on prostitutes. They often recruit their women in small towns in the middle of nowhere and then bring them to a big city where they don’t know anyone or how to get around. They keep them broke and provide them their meals, clothing and housing. They tell them that anywhere else is dangerous and that they will protect them.This causes the woman to depend on the pimp. Likewise, slaves came from a far away land and were brought to a new country where the land and soil was foreign to them as farmers, the animals were foreign to them as hunters, the terrain was foreign to them as travelers and the food was foreign to them as a people who needed to eat. Even the seasons and weather would have to have been vastly different. They would probably not have easily survived without the knowledge that their captors had of the land and their masters reminded them of those facts often.

Dependency often made bondage more comfortable than escape. Escape came at a great amount of risk. Some slaves felt better staying on the plantation. At least there they knew where their next meal was coming from and where they would lay their heads at night. Even after freedom many stayed to work on the plantations that they had served on as slaves prior to freedom. They depended on their masters, so why look elsewhere for work and housing?

Kayne West: Slavery is a Choice

Kanye West was harshly criticized for saying that slavery was a choice. However, if you really think about it, it was for many slaves who were likely aware of options like the underground railroad, but who chose to stay on their plantations instead. What is known is often the safer choice when the alternative is the unknown.

Today the unknown, for most blacks, is the Republican party. Just like the underground railroad was a seemingly dangerous path, the path to the Right seems similarly daunting. Black conservatives, sometimes risk losing careers and being ostracized from their friends, family, churches and peers. The plantation is familiar. The plantation is where your family is. It’s where you get your sustenance. It can be your caretaker, your housing, your career. It’s how you’re able to have a family and raise your children. Freedom and independence is scary in that it requires you to take responsibility for all of those things without any assistance. 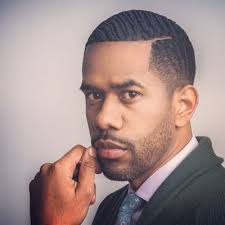 Chi Brown
Chi Brown is a guest contributor for NRN. He is a black conservative who twice voted for Barack Obama simply because everyone around him said that Republicans were horrible people. He produces a conservative YouTube show called 'Consider Culture' where he proves that racism isn't the number one problem for blacks.

Latest posts by Chi Brown (see all)
Share to break through the censorship!