In the far-flung northwestern corner of America in the Emerald Triangle renowned for cannabis production, the battle to restore the essence of our republic’s democratic process of free and true elections has been waged for years. Tea party patriots, dread-locked rastafarians, pony-tailed hippies, refugees from Laos and a cast of characters out of the old West are trying to wrestle the American dream of liberty back from an entrenched and corrupt government controlled by Democrats.

The once truly Golden State of California boasted the best of everything: jobs, education, food, entertainment and a very high quality of life for American families. With its 55 electoral vote dominance and 53 U.S. Congressional Representatives payload, California became the winner takes all target for those willing to corrupt the crown jewel for their own means and for communism. Call it by any name, liberalism, socialism or progressivism but it is the same result—communism.

After Ronald Reagan won two terms as President, coincidentally a new plan was hatched. Voting should no longer be manually counted, it should be done by machines, which quickly evolved to voting directly on machines. Two brothers, Bob and Todd Urosevich led the way bankrolled by California billionaire H.F. Ahmanson with both Diebold Election Systems headquartered in Ohio and Election Systems and Software (ES&S) headquartered in Omaha, Nebraska and thus controlled 80% of the voting in the U.S.

Suddenly the crown jewel, California once the bastion of conservatism, the state that gave America Ronald Reagan, was for the taking. And they did so by using the newest technology, computer tabulating voting machines and strategically placed election officials and staff.

In Humboldt County a world-renowned destination for cannabis connoisseurs within the Emerald Triangle, an unusual collaboration occurred during the 2008 Presidential election. The Humboldt Election Transparency project was able to convince the local elections officer to let them recount all the ballots after the election. In fact, the county even purchased a high end $25,000 scanner for them to use.

They found that the Diebold Accu-vote ballot counting scanners weren’t accurate at all! In fact, it had deleted 197 votes and deleted its audit trail with no trace it even happened. The report was immediately sent to the newly elected Secretary of State Debra Bowen who had already commissioned a “Top to Bottom Review” of California’s electronic voting systems, to determine their security.

What the University of California computer science teams revealed were unreliable systems that were vulnerable to being hacked. Bowen de-certified the systems to accolades from the public for her courage. Yet, by December 2009 under intense pressure by the manufacturers Bowen re-certified Diebold Accu-Vote and ES&S use if 42 protocols were implemented.

The King of Graft

That brings us to the heart of the Emerald Triangle, Trinity County, “King of Graft” known as the most corrupt county in California outside of Los Angeles. Trinity County was once a self-sufficient logging, mining and ranching motherlode of prosperity and independence until the Democrats took over. And they did it through control of the black ballot box—namely the Diebold Accu-Vote machines.

Now it boasts an economy of over $1 billion a year producing cannabis, all black-market underground with not a dime going to the county unless you count the corrupt law enforcement authorities taking their share via federal programs of “interdiction”. And the interdiction is well planned, right after the harvest, after all the buds are carefully trimmed, do the authorities show up and do their own harvest, where the bulk of the plant is weighed for impoundment and destruction, but the valuable buds disappear, sometimes via law enforcement helicopters right out of fields.

Yes, the deep state has their own way of “farming” in Trinity County. They “farm” for green backs as well siphoning off government mandate funds via “contracts” from a county of just 14,000 that receives $120 million a year but has not built one building in decades. Locals ran for office but could never seem to win against the strategically placed outsiders.

Sometimes entire communities were purged from voter rolls during key races. In fact, in 2014 an entire retirement community of veterans from WWII and Korea were purged even though they vote each election even having a “voting party” where they get together for a BBQ and to mark their vote by mail ballots. Except that year, they didn’t get any ballots. Not a one. They had been purged… illegally.

After one of them, a cowboy, was told by a retired county Supervisor, don’t waste your time running for office, “we” decide who gets elected, the rag tag group of patriots and cannabis growers decided to get certified in election observation, using the Election Integrity Project organization. They had their manuals and I.D.s at the ready and watched each polling place and things were a lot wilder than their manuals and training had prepared them for.

In the middle of voting, the elections officer came to the largest polling place, removed the black ballot box and put in its stead another one to the protest of a contingency of election observers. She waved them off and left for the elections office with the already voted ballots inside the box. This is was an important election that included the county sheriff race and the elections officer! Calls and hundreds of written complaints into the Secretary of State’s office even by lawyers garnered only a “nothing to see here” response. The investigator assigned to Trinity due to the complaints confided that the newly elected Secretary of State, Democratic Party activist Alex Padilla, warned him he wanted no reports on any fraud, voter or election. And you guessed it, the usual suspects won.

Observers were not allowed to observe or perform any of the actions that law provides designed to preserve the integrity of elections. Hundreds of election codes, both federal and state, were violated in this tiny county with less than 5000 voters participating. In the end, nearly one third of an entire Asian community voters’ registrations were not added to the voter rolls, and half of the provisional ballots from one district completely disappeared as the observers watched the elections officer illegally remove them from the election room. Yes, the same elections officer.

Two county supervisors races were called for the incumbents even though when the provisional votes were read aloud the challengers were winning 9 to 1. The county judge race was as telling as the others. Regardless of what precinct box came in, the split between the challenger who was born and raised in Trinity from a pioneer family against the Governor Brown appointee never wavered from a 30/70% split.

The Fix Is In

Bev Harris of Black Box Voting fame warns that a 70/30 split is indicative of a program that is used to divide votes by percentage rather than as a whole integer: one vote equals one versus one vote equals a percent. There is no reason for any voting machine to have a platform built in that counts votes as a percentage. The fix was built into all the voting machines. In Florida, where Diebold registered 16,022 negative votes for Gore, newsmen saw votes falling off Gore’s tally.

Meanwhile, in remote Trinity county where few venture, the outsider appointed by Governor Brown was called the winner. In one of the supervisor district races, the ballot box along with all the election ballots and materials was taken to the Poll Inspector’s home right after polls closed and before being taken to the elections office on election night. In that race the challenger won at the polling place but later lost the race by 28 votes with 116 rejected ballots never counted.

An election contest was filed by a young patriot woman who had run against the elections officer. The presiding county judge dismissed the case without any hearing claiming the Contestant had filed late and then denied the re-consideration replete with case law. The law was clear, but this forced the Contestant to file at the appellate level.

Interestingly after a very animated oral argument hearing at the appellate level to a packed courtroom at the state Capitol, she won her right to contest the election with all three judges concurring she had not erred, and the filing was timely. It was a precedent case. And a costly one. That day through the grapevine she found out that the local county government was paying the winning candidate’s legal fees, an illegal misappropriation of public funds. A felony.

In February 2017 the election contest was remanded back to the lower court to be heard. The rag tag team filed complaints against the presiding judge with the judicial commission and a miracle happened. The judge was forced to resign, never to hold judicial office again due to lying to the judicial commission about loans from the county government and misappropriation of public funds. The hot potato case has now gone through five judges and has not gone to trial yet with the local government now having expended $157,000 in legal fees for the winning candidate.

Up and down the west coast you’ll see abandoned warehouses once filled with activity, workers in the timber and lumber industry now silent while the forests burn away life and resources and pollute the air far more than cars. President Trump is right about the forests in California. For three generations in the counties of Mendocino, Trinity and Humboldt the black market for high-quality cannabis replaced what was once vibrant fishing, ranching, timber and mining communities.

During the 2016 presidential election Donald J. Trump proclaimed that the election was rigged. We know now it was true but we do not know how far flung the election fraud ran. Some would like to believe that voter fraud is the real culprit with the Democrats history of busing “voters“ from polling place to polling place.

James O’Keefe’s Project Veritas Action revealed in an undercover video that the Democrats have been rigging elections for fifty years. “It’s a very easy thing for Republicans to say they’re busing people in,” Democratic politico Scott Foval says in the video. “Well you know what? We’ve been busing people in to deal with you f–kin’ assholes for fifty years and we’re not going to stop now. We’re just going to find a different way to do it.”

The truth is the best way to steal elections, to steal the very heart of this great country and its noble experiment called democracy is to control the elections office where they count the ballots. Within a few minutes an election can be rigged. Ask any techie. A funny thing happened while on the way to winning the election across the rest of the country. Trump’s vote share in California (31.62%) was the lowest for a major-party candidate since John W. Davis’s 8.2% in 1924. 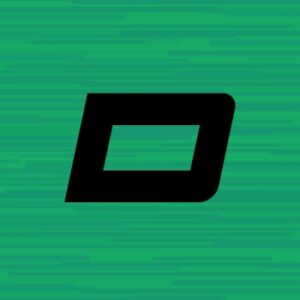 Diane Richards
Diane Richards is a writer for NRN. She's a member of the Los Angeles Press Club and a freelance investigative journalist. Richards, a California rancher, is also the mother of six children.

Latest posts by Diane Richards (see all)
Share to break through the censorship!