They Try To Divide Us, We Stand United

So much energy is put into what divides us as a people, and little focus on promoting what unites us. Liberal states vs. Conservative states, one race against another race, one gender over another. We put people into categories, “tags” and into “boxes.” No matter your self-identity, the truth is there is only one of you and only one of me. Together, we are the people of the United States of America. We are neighbors, friends, co-workers and fellow citizens of this great country, no matter which state we may live.

Yes, here we are. We have never been here before, and will never be again. There is only you and me and today, in whatever state we call our own. We are the people in the mirror reflecting the state of our nation.

Our U.S. Constitution, with its protections, is the cornerstone of this great republic. However, it is used by the News media, and elected members of our government, to divide us as a people. This is wholly against the Constitution’s purpose.

Identity Should not be Political

News media and independent polls tell us that “a majority of people” do not approve, or disagree with, whatever is the buzzword du jour, and there is always a poll to minimize Trump or conservatives. They tell us we need more gun control, safe spaces, and that free speech can be hate speech. We the people are told we are hated just by being who we are.

Only One Poll Matters

Polls are primarily at fault for the disenfranchisement of Americans. They were effectively used in the 2016 Presidential Election, and many people believed the data. Polls have been proven wrong, and that election showed us exactly how wrong they could be. Truly, only one poll matters. The poll that is conducted at the voting booth, where the people vote for the ones who love this country as much as we do.

We are a united group of states; Americans who wish to stand together for truth and justice. We are working towards unity again. We want to find common ground. We share our pride in ourselves and our country. We the people are a powerful force when we are united. No obstacle can divide us. It matters not which state we reside. Strength comes in unity. United we stand. 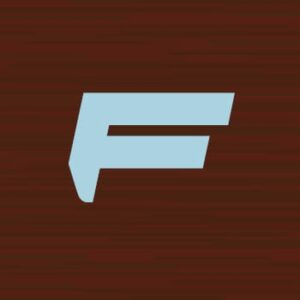 Fred Warner
Fred Warner took the Preamble to the US Constitution to heart in 5th grade Social Studies class. He is a Patriot with 29 years service to America and he is intrigued with the wisdom of 1776. Fred believes a Mastermind unanimously declared America's Freedoms unalienable by Our Creator and from that established our government of the people by the people, for the people.

Latest posts by Fred Warner (see all)
Share to break through the censorship!