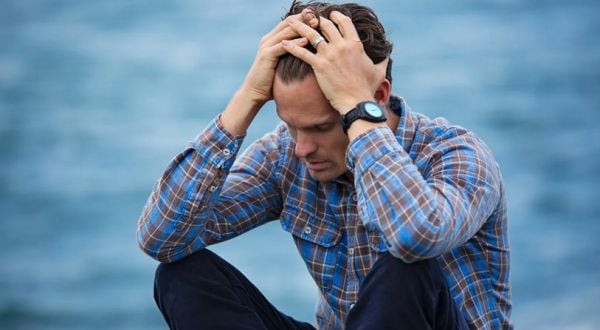 The biggest threats to teens were once in the physical world, the New York Times observes in a podcast, but now “a new set of risks has emerged,” threatening the internal world of the mind.

The feature, “Inside the Adolescent Mental Health Crisis,” concluded the coronavirus pandemic intensified the decline in mental health among teenagers but predated it.

The podcast explored why the mental health crisis has become so widespread and why many people have been “caught off guard,” unprepared to handle it.

The claim that many were “caught off guard” by the crisis didn’t sit well with a parents group in Northern Virginia that pointed out the podcast didn’t address how pandemic-related school closures exacerbated mental health issues among young people, as studies have shown.

“Finally @nytimes is catching up; they can help educate the leaders of school systems who are still in denial that learning loss and development delays are real.”

The parents expressed “frustration” that the issue previously had been largely ignored by government officials and the media.

“Parents, by June of 2020, were already sounding the alarms about the damage being done to the mental, emotional, social, and academic health of their growing children,” the group told Fox News Digital.

“Repeatedly, parent groups like ours reached out to school board members and school system administrators saying that the negative impacts of prolonged school closures would dramatically outweigh any impact COVID could have.

The parents group said school systems such as theirs “made the decision to sacrifice the kids to the panic of adults, when up until that moment society had generally agreed that when a crisis occurs it is the responsibility of the adults in society to put the best interests of children first.”

The statement by the Fairfax County Parents Association  said the group is “still slack-jawed at the absolute abdication of the bulk of journalists and the media, who for over a year, also ignored every outreach from parent groups begging for someone to talk about what was happening before our eyes to our kids and the kids in our community.”

“We repeatedly pleaded with media outlets to talk about the importance of the mental and emotional health of kids as they were repeatedly shoved to the side in favor of whatever the teachers unions wanted that day,” the group continued. “Parents learned quickly that the media no longer researches and investigates stories to expose what is happening–they instead pick and choose to cover only things that fit their pre-established and preferred narrative. So, without question, the idea that any entity would talk about the mental and emotional health problems of our nation’s children while ignoring the crime perpetuated against those children for so long, is a sad joke.”

The group said it’s “watching with great interest as institutions and media outlets rush to pretend they shared these concerns all along.”