I heard Kamala got a “new job” (what it might be is immaterial because we all know it won’t get done) today while listening to the radio and immediately thought, “She hasn’t done any of the ones she’s had so far.”  However, her first failure, er, excuse me, Democrat resume enhancement, stands out as the most egregious thus far.

At the beginning of my Army career in 1985, I had to detect illegal aliens coming across the border at night using my radar set in order to become M.O.S. (military occupational specialty) qualified.  We would detect them and notify Border Patrol to apprehend them.  That’s how long this particular political can has been getting kicked down the road.  It is inexcusable.  The fact that it is still ongoing should tell anyone with a working brain that they do not want it solved.

Jarome Bell does!  Like me, he too has served our beloved country.  And like me as well, feels an incredible sense of betrayal for what is being done to harm her.  We didn’t serve for this.  Our Oath of Enlistment did not expire when retired from active duty either.  In fact, if anything, I’d be willing to bet our sense of duty to America has grown even stronger and more determined than ever as the domestic enemies have grown bolder in their attempts to implement their anti-American agenda.

Jarome Bell is an “America First” Republican running for Virginia’s 2nd Congressional District.  He is a bottom-line up-front, no-nonsense candidate who makes no bones about who the “bad guys” are domestically and abroad.  Knowing and identifying your enemy is the first step that must be taken to defeat them.  From antifa to the CCP, Chief Bell is up to the task to close with and neutralize these and other enemies who threaten America, unlike our current, so-called commander in chief (liar and thief) who thinks antifa is an idea and is bought and paid for by the Chinese.  Perhaps Chief Bell could inform Joe that “the climate” can’t shoot at us and is thus not our most critical national security concern.

So, what are our most critical concerns as a nation?  Pick one! There are lots of ‘em!  Let’s start with immigration.  Jarome Bell has an outrageous idea.  He wants to have a ten-year moratorium on all immigration?!  Can’t you just hear the left melting down over this?!  Why, I can almost hear Chuck Schumer calling Jarome a… “racist”!  “This has never been done before,” I can hear him yelling.  And he’d be wrong… again.  President Coolidge signed the National Origins Act in 1924 in order to enable the flood of immigrants to America then, time to assimilate into America- remember the melting pot?  It lasted 40 years.  Nope, it wasn’t “racist” as the woke would like for you to believe.  It was quite simply, “America First”.  And it worked!  Those people were given the opportunity to weave themselves into our national tapestry and realize their “American Dream”.  They became part of “The Greatest Generation” to whom the world at large owes an incredible debt of gratitude.  That is the lesson from history that Chief Bell will resurrect and implement to address the current situation with immigration.

Additionally, (hand in glove I’d say), Jarome Bell recognizes the brokenness of our southern border and the (actual) national security threat it represents (which has become “historically” problematic under, you know, that guy?!).  Not merely for the sheer magnitude of a humanitarian crisis it represents, but also the drugs, human trafficking and criminal elements infiltrating here.  When one considers the unnerving number of suicides occurring in America today, just addressing the inflow of Fentanyl alone (which is what actually killed George Floyd [not defending the cops- they should’ve sat him up and called for EMT support] and wouldn’t it have been so much better had he simply gone to jail alive like he had done so many, many times before?  But, I digress.) would be monumental since between 2020 and 2021, approximately 79,000 people in America died from such overdoses.  It has grown so prevalent that I have recently seen warnings regarding people picking up folded dollar bills that contain the drug left for people to pick up like bait to get them hooked?!  “That guy’s” answer is to supply current drug addicts with new crack pipes!  Oh, and let’s not forget the Iraqi immigrant who had planned to smuggle ISIS members into the country to assassinate President Bush!  Jarome Bell opposes sanctuary cites, period.  “We need an illegal alien crackdown. All illegal aliens should be turned over to ICE for deportation, and every illegal alien arrested should be deported – no questions asked.

It is a crime to aid or abet illegal aliens. I’ll work to criminalize all Sanctuary city officials.  Needless to say, I oppose all forms of amnesty — no matter what pressure the establishment brings to bear.”

And speaking of the former Mr. Floyd, Chief Bell has had “up to here” with the rioting, looting, murder and property damage that occurs every time the woke throw a hissy fit!  “They need to get with the program.”  “Canceling” history does not negate it- it happened.  Every American regardless of ethnicity needs to know it and respect it for what it is- ours.  All of it, both good and bad.  As far as Chief Bell is concerned, if more people actually understood their history, they would never vote Democrat.  Just like another fellow Republican (who also happens to be Black), Senator Tim Scott of South Carolina, Jarome Bell recognizes how Democrats have, “worked hard to keep minorities and the poor dependent on the government, neglected the needs of blacks and the poor, and have worked to keep them down in order to use them as pawns to protect their own political power.”  And also, like Senator Scott, Jarome Bell has pledged, “work to create opportunities to break these chains so ALL Americans can thrive and prosper.”  Jarome Bell will fight for Tidewater to bring back, “jobs Virginia desperately needs.”

Is it apparent yet to Americans across the spectrum of ethnicity, political ideology, gender(s) [ya know, both of them], etc. that Democrat policies of defunding police has led to the disastrous decline resultant from “historic” (boy, they sure love to use that word, don’t they?) lawlessness in nearly every major American city?  As a Sailor, Chief Bell understands the value of law and order and, “will always stand proudly with our law enforcement officers and defend the rule of law.”  Hand in hand with law and order is, “the right to protect our lives how we see fit.”  Chief Bell believes, “We as a FREE PEOPLE have the inalienable right from GOD enshrined in the Constitution to protect ourselves as we see fit.”  Furthermore, “Governor Northam — Let me tell you: we are NOT going to ask y’all for permission.”

Chief Bell will work to get our children’s education out of the hands of the federal bureaucracy and back to the state level where it belongs.  And just so you know, he also understands that if they can’t be born, they can’t go to school and he is a staunchly pro-life advocate, from conception and, “will be the voice for the most vulnerable lives among us.”

It should come as no surprise that Chief Jarome Bell will, “advocate for every Sailor, Soldier, Marine, Airman, and Guardsman to rebuild our Military to its once legendary status.”  Someone needs to do something about the sickness of “wokeness” currently being administered in the ranks.

Show of hands, how many believe the “Jan-six” committee is legitimately getting to the bottom of… well, anything?  Me neither.  More importantly, how many, show of hands, think We the People of America and the Constitutional Republic we inhabit would be better served (not to mention our tax dollars being better spent) by getting to the bottom of the 2020 election, state by state?!  That’s what I thought too!  Good.  So does Jarome Bell because he knows from his military experience and especially as a Non-Commissioned Officer, that when we walk past a correction we should make, we set a new standard and it is the wrong one.  Is it not plainly evident “that guy” is the wrong one?!   “We must audit all 50 states from the 2020 election and find out exactly what happened on Nov. 3, 2020. If we don’t have fair elections, we don’t have a country. Free and fair elections are the bedrock of our Republic.”

So, there you have it, Tidewater.  Jarome Bell is a candidate for Congress you will be able to count on-  honorable, determined, duty bound and America First! 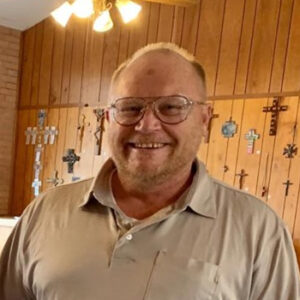