The company says it was an act of an individual, but the idea that it is wrong for Muslims to wish Christians Merry Christmas is widespread:

France: Five Muslims beat up another Muslim for Christmas dinner: ‘Celebrating Christmas is not Muslim’

Hamas cleric on Christmas: ‘This culture has entered our Muslim countries and erases Islamic identity and faith’

Popular Muslim preacher Zakir Naik: If you say ‘Merry Christmas,’ ‘you are building your place in hell’

Germany: Muslim cleric says ‘Christmas is an insult to Allah’ 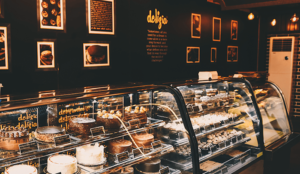 “Karachi bakery chain Delizia ‘taking action’ after staffer refuses to write Merry Christmas on cake,” Images, December 22, 2021 (thanks to The Religion of Peace):

The management of Delizia, a Karachi-based bakery chain, has responded to an incident at a branch in DHA in which one of its workers refused to write ‘Merry Christmas’ on a cake.

The incident was reported on Facebook group Voice of Customer PK by a woman.

The post said she had visited the Khayaban-e-Jami branch of Delizia to buy a cake but when she asked them to write ‘Merry Christmas’ on it, the worker refused and said he was not allowed to as he had been given an “order” from the kitchen.

There was an uproar on social media following the post in which many people expressed their shock and anger.

Senior management at Delizia spoke to Images about the incident and said it was the act of an individual. “At the moment we are taking action against him. It was done in an individual capacity and is not company policy. It may have been done due to lack of education and awareness that ‘Merry Christmas’ means wishing someone a happy Christmas, nothing else.”

The senior management official said there is nothing wrong with wishing someone a merry Christmas and expressed their sorrow at the incident. The company plans on releasing a statement on social media “soon” to address the incident and clarify its stance….

This article by Robert Spencer originally appeared on JihadWatch.org and is republished with permission. ©All rights reserved.

Robert Spencer
Robert Spencer is a guest author for NRN, the director of Jihad Watch, and a Shillman Fellow at the David Horowitz Freedom Center. He is author of 23 books including many bestsellers, such as The Politically Incorrect Guide to Islam (and the Crusades), The Truth About Muhammad and The History of Jihad. His latest book is The Critical Qur’an.

Latest posts by Robert Spencer (see all)
Share to break through the censorship!