On December 15, 1791, Virginia became the tenth state to ratify the Bill of Rights, making it the law of the land. Of note is the Second Amendment, through which the Founders enshrined a pre-existing, natural, God-given right to defend oneself, family, and property from those who might do them harm – whatever form that harm may take.

Enough early American citizens found the Bill of Rights, taken as a whole, to be necessary as a check on a strong, centralized federal government, and therefore voted for ratification. Countless of these Americans had first-hand experience living under tyrannical rule, and many witnessed their fathers, sons, and brothers make the ultimate sacrifice to live in a land free of tyranny. Understanding the reason for the Second Amendment and its history is paramount to maintaining it – and all other liberties enjoyed in this country – for centuries to come.

Heller Gives the 2A Its First Deep-Dive

For 217 years, the right to keep and bear arms was largely left alone by the Supreme Court of the United States, until the landmark case of DC v. Heller in 2008. Writing for the majority, Justice Antonin Scalia stated very plainly, “For most of our history [the question of Second-Amendment-based objections] did not present itself.” It was largely understood that the operative clause of the amendment, “… the right of the people to keep and bear arms shall not be infringed,” was clear and unambiguous.

American citizens were given deference by Justice Scalia, a staunch conservative and originalist titan of the court, when he cited previous Supreme Court precedent that, “[t]he Constitution was written to be understood by the voters; its words and phrases were used in their normal and ordinary [meaning].” Modern day opponents of gun rights wish to twist and bend the Constitution to their wills, but the Second Amendment retains its original wording and meaning.

As a colleague on New Right Network recently said, the right to keep and bear arms, and the suppression of that right, is not a novel concept. For as long as there have been tyrants, dictators, and authoritarian regimes, disarming the populace has always been a prelude to the abuse of said populace that inherently follows. The Founders understood this implicitly, evidenced by a quote from John Adams in 1775: “a Constitution of Government once changed from Freedom, can never be restored. Liberty once lost is lost forever.”

A brief overview of English history which predates the Constitution pertains directly to the history of the Second Amendment. In his Heller opinion, Justice Scalia cited the abuses of power from the Stuart Kings Charles II and James II, who succeeded in using select militias loyal to the crown to suppress dissidents. The Stuart Kings were Catholic, and they persecuted Protestants by ordering disarmaments of entire regions that were home to Protestants who opposed them. These violations of the fundamental right of self-defense made the English “extremely wary of concentrated military forces run by the state and to be jealous of their arms.”

By 1689, this directly led to language in the English Bill of Rights that Protestants would never be disarmed. “The natural right of resistance and self-preservation” and “the right of having and using arms for self-preservation and [defense]”, cited Justice Scalia in Heller, was fundamental to English subjects by the time of the founding. It is this specific fundamental right, the individual right to protect against both public and private violence, that is the immediate ancestor to the Second Amendment.

When America declared its independence from England and the tyranny of “Mad” King George III, colonists were used to the right to defend themselves as a fundamental liberty. As things grew more contentious, those areas deemed the most rebellious were disarmed. What followed was the “shot heard round the world” and America became its own self-governing nation where individual liberties were at the foremost thought of the Founders.

How did colonists fight the British? Not with words. Those were used to exhaustion by 1776 without redress. They fought with the arms they kept and bore, as was their God-given right. Had the Mad King successfully disarmed all of the colonies before American patriots decided they were tired of tyranny, 1776 wouldn’t have happened.

Gun-grabbers love the argument that the Second Amendment is not an individual right, but a collective right, conditioned upon being in a militia. To be clear, the full text of the amendment reads: “A well-regulated militia, being necessary to the security of a free State, the right of the people to keep and bear Arms shall not be infringed.” What the Supreme Court laid out in Heller was that “[a] well-regulated militia” is comprised of the people.

The right to keep and bear arms is not conditioned on any service in a militia. There is no compulsory service requirement. In Heller, Justice Scalia wrote, “… the militia is assumed by Article I [of the Constitution] already to be in existence.” (His emphasis added.) What’s more, in case anyone needed an excuse to head to the range, Heller uses one sentence to address “well-regulated,” which is that it “implies nothing more than the imposition of proper discipline and training.”

The last phrase that bears mentioning is “security of a free state.” According to the decision in Heller, a free state means the country as a whole, not each individual state’s security. In addition to other reasons listed in the decision, that “when the able-bodied men of a nation are trained in arms and organized, they are better able to resist tyranny.”

As Scalia provided in Heller, “During the 1788 ratification debates, the fear that the federal government would disarm the people in order to impose rule through a standing army or select militia was pervasive…, [i]t was understood across the political spectrum that the [individual right] helped to secure the ideal of a citizen militia, which might be necessary to oppose an oppressive military force if the constitutional order broke down.” This distrust was the reason that the right to keep and bear arms, unlike some other English rights, was codified in a written Constitution.

Civic Duty and How to Get Involved

History shows that an armed population is a free population. The Founders understood this, as did those early American citizens who voted to ratify the Bill of Rights. They lived it.

There are plenty of ways to get involved and protect the sacrosanct liberty afforded by the Second Amendment. Contact representatives to let them know how valued it is. Pay attention to current Second Amendment issues. Register voters. Push for state to be a “sanctuary state” for the right. Take someone to the range. Most people know little about firearms, and they rely on the mainstream media to scare them into giving up their God-given right. Join a firearm advocacy group. Stay tuned here.

The federal government has become increasingly abusive, and the suppression of rights and censorship of dissenting voices has already begun in earnest. Sound familiar? This is not a literal call to arms. It is a call to wake up, get active and be the vanguard for the liberty that protects all others. It’s a civic duty as a descendant of those who came before. 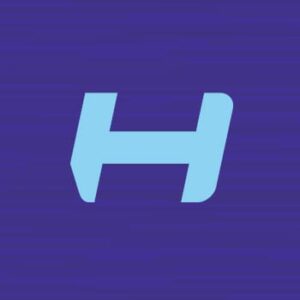 Harrison Hill
Harrison Hill is a writer for NRN. He holds a BA in Political Science and a Doctor of Jurisprudence from Texas Tech. His articles do not constitute legal advice. Hill is an unwavering 2A advocate and loves his border collie.

Latest posts by Harrison Hill (see all)
Share to break through the censorship!