Democrats seem to have a problem with the meaning of the term “evidence.” Specifically, since the election, many on the left have attacked the various lawsuits that have rightfully challenged the results of the 2020 presidential election. More particularly, many Democrats contend that the plaintiffs in the various lawsuits have failed to produce any evidence of fraud, irregularity, or illegality with regard to the recent presidential election and the way it was conducted. Not only is this conclusion erroneous, it is but one more example of left’s shameful hypocrisy.

As reported by the BBC, Senate minority leader Chuck Schumer recently accused Republican politicians of “deliberately casting doubt on our elections for no other reason but fear of Donald Trump.” According to the Chicago Tribune, Schumer also dismissed Trump’s challenges as “frivolous” and opined that Biden won the election “fair and square.” Moreover, according to the BBC, “former President Barack Obama said senior Republicans were undermining democracy by going along with President Trump’s claims of fraud.”

Let’s make something very clear. The lawsuits filed by Trump’s legal team, Lin Wood, Sidney Powell, and others throughout the nation are not frivolous nor do they undermine democracy in any shape or form. To the contrary, many of the lawsuits were brought to protect our system of democracy and our right to free and fair elections, and include serious allegations of fraud and/or improper/illegal conduct relative to the election. There have also been allegations of fraud in various non-legal hearings/proceedings. For example, as reported by National File, during the recent election fraud hearing in front of the Michigan State Senate Committee on Oversight:

“Melissa Carone, a freelance IT professional who says she took contract work with Dominion Voting Systems to work during the election, says she saw her bosses engage in fraud and other suspicious activity while tabulating votes on November 3 and 4.”

Evidence That Cannot Be Dismissed

The allegations in the various state and/or federal lawsuits are supported by one or more affidavits prepared by various fact witnesses and experts, many of whom have direct or firsthand knowledge of voting “irregularities,” or other types of “questionable” conduct. Despite the serious nature of the claims in the various affidavits, many on the left have quickly dismissed the affidavits and have denied the existence of any wrongdoing, or proof thereof.

Notwithstanding the spurious claims of the left-wing media and many of the self-proclaimed legal “experts,” American should not be deceived. Affidavits are considered evidence in a civil case. An affidavit is a sworn statement that is made under penalty of perjury, meaning that if an affiant lies in an affidavit, he/she could face prosecution. Attorneys often utilize affidavits in civil cases. For example, they are powerful tools that lawyers often utilize to establish specific facts in support of various types of dispositive motions (i.e., motions for summary judgment).

Of course, there are various rules in place to ensure that affidavits are reliable. For example, affidavits typically include information that is personally known by the affiant. Generally, they should not include information that is derived from someone else (i.e., hearsay), nor should they include statements that are speculative in nature. In addition, since the opposing party is unable to cross-examine the affiant, affidavits are generally not admissible as evidence in a civil case. However, assuming that they comply with all legal requirements, affidavits that are attached to a complaint/lawsuit are very powerful and provide compelling support of the allegations in the complaint.

Many on the left point to the fact that various courts have dismissed some of the election-related lawsuits alleging fraud, irregularities, and/or illegality with respect to how the election was conducted. They assert that these dismissals constitute further and compelling proof that such evidence does not exist. However, this argument is flawed in that, in most (if not all) of these cases, the plaintiffs did not have the opportunity to present evidence, as evidence is not typically provided/presented during a motion to dismiss, which occurs very early in the case (as a matter of fact, when ruling on a motion to dismiss, a court is required to construe the allegations in the complaint as true). Evidence is usually presented later on in a case. As such, the argument that evidence of fraud, irregularities, and/or illegality does not exist is simply unbelievable (in light of the affidavits that have been presented and/or the testimony of dozens of witnesses at non-judicial hearings/proceedings) and/or premature. To the contrary, the affidavits attached to the various complaints provide compelling evidence. The fact that some might choose not to believe the statements in the various affidavits goes to their weight. It does not, however, negate the existence of the affidavits themselves.

The fact that many on the left have been quick to dismiss the serious allegations of fraud and other wrongdoing – while not surprising – further points to the left’s shameful hypocrisy. After all, the Democrats pushed and supported Robert Mueller’s Russia “investigation” despite the lack of any credible evidence allegedly tying President Trump to any Russia collusion. They also impeached President Trump (solely for political purposes) based on a perfectly legitimate phone call with the president of Ukraine.

These inconsistencies beg the following question: Why were the Democrats so willing to support these illegitimate and unsubstantiated attacks against President Trump when they are so unwilling to accept more compelling evidence of irregularities relating to the 2020 election?

Most Americans know the answer to this question. Now it is up to the courts and/or the state legislatures to protect the integrity of our elections and to restore the nation’s faith in our election process. 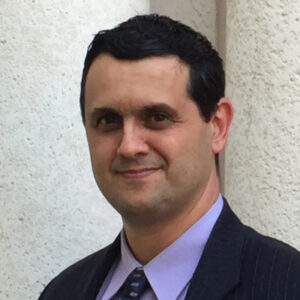