A press conference has been scheduled for 11 a.m. In the run up to that, Best sent her letter of resignation to the force. Her resignation goes into effect on Sept. 2, less than one month from now.

Sources told The Post Millennial late last week that if the Seattle City Council proceeded with the cuts to the department that Best would resign.

This comes after a Monday afternoon vote in which the Seattle City Council voted 7-1 to approve legislation that makes significant cuts to the SPD budget. The only “no” vote was council member Kshama Sawant, who believes that the cuts do not go far enough.

The cuts were nearly identical to the amendments passed by the budget committee last week and will eliminate as many as 100 sworn officer positions including patrol officers across various parts of the department via layoffs and attrition beginning in November 2020.

The cuts total approximately 10 percent of the remaining budget for 2020 a far cry from the 50 percent the Council originally promised to activists. The council plans on enacting 50 percent cuts to SPD for the 2021 budget cycle.

The cuts also include capping command staff pay at $150,000. Chief Carmen Best was slated to have a similar cut until pushback forced the council to only cut the Chief’s salary by $20,000 rather than the additional $100,000 planned. But it was not enough to keep the first black female police chief the city has ever seen.

One of the most controversial cuts was ending the Navigation Team, which is comprised of police and social workers who offer outreach to people living on the streets of Seattle. Council Members Sawant, Morales, Mosqueda and Herbold have long pledged to defund the unit.

The cuts will remove “resource officers” from schools and cut positions on the SWAT Team.

The legislation also cuts and reduces many of SPD’s specialized units, including the Harbor Patrol Unit, Public Affairs unit, and cuts $800,000 of SPD’s retention and recruitment budget.

The Council ignored warnings from officials including Chief Best and Mayor Durkan, hundreds of letters from SPD supporters, concerns of minority groups over 160,000 signatures on a petition supporting SPD and thousands attending a rally at city hall over the weekend to move ahead with the legislation.

The council approved the cuts without having a replacement for the officers and affected departments in place. The council has suggested using social workers as a replacement as part of a community or civilian led effort as has been demanded by extremist activist groups like Decriminalize Seattle and King County Equity Now. Both groups had ties to the Capitol Hill Occupied Protest in Seattle. According to MyNorthwest.com, “These groups will taking part in the participatory budget process with the council on the 2021 public safety budget.”

According to the office of Seattle Mayor Jenny Durkan, the cuts also led to bargaining demands from police unions as well as a proposal to transfer the parking enforcement unit to the Department of Transportation and transferring the 911 call center out of the West Precinct. The West Precinct was a target of rioters during and after the CHOP. Seattle 911 operators are civilians and not sworn officers.

SPD was already operating at 50 percent of their capacity before the cuts, half the officers of similar sized cities like Boston.

Though the Council controls the budget, Council Member Lisa Herbold said during the council meeting that final discretion of where to apply the cuts would ultimately be left to the discretion of the Chief of how to best allocated resources.

Council Members Herbold, Strauss and Lewis all voted for the cuts, going against promises they had made to add more officers during their campaigns for office.

Council Member Pederson, who had previously opposed cutting SPD and as a result had armed rioters vandalize his home, voted in favor of the cuts. Council Member Juarez whose home was also visited by rioters was not present and abstained from the vote.

The cuts could face an uphill battle. Rumors are already circulating of lawsuits for breach of contract and recalls against council members who voted for the legislation. A federal Judge has warned that the council actions may violate the consent decree.

Republished with permission, see original article at The Post Millennial 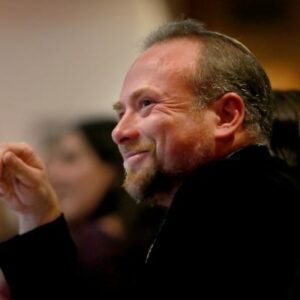 Latest posts by Ari Hoffman (see all)
Share to break through the censorship!