What’s Supposedly Being Done Vs. Reality

These or similar headlines have greeted us over the past few weeks, since the tragic death of George Floyd. These actions were taken by many whites to identify with Blacks and demonstrate that they feel our pain and are against racism. As a Black who is passionate about education and  has worked among poor inner-city Black children, I would like to suggest an alternative to the above actions. There is a better way to help and empathize with Blacks.

I vividly recall Jamal, a Black man in his late 30s, struggling to read a pre-school book to his 4 children who were in foster care because of neglect. I was praying, “Oh my God, please don’t let his two year old son JJ suffer the same fate.” A few weeks later, Jamal was in jail, for the umpteenth time. It was then that I learned of the correlation between the adult Black male’s inability to read and being in and out of prison.

I visited 27 year old Kanesha, living in the Project, to give her 3 year old some pre-school books. I discovered her seven year old in the second grade could not read one of the pre-school books, “Letter B – Bumblebees Blow Balloons.” When the four year old who accompanied me easily read the sentence, he asked, “Is that what it says? Can she really read?” Turning to his mother, I asked, “can he not read?” Embarrassed, she said, “Ms. Patricia, don’t worry about him, he goes to a Charter School.”

She ended with “You did not come here for him, you came here for the three year old, remember?” I saw the devastating effect of COVID 19, when many low-income parents who are very limited were suddenly called upon to actively participate in the education of their children. My question is “how do the actions in the headlines help the Black families above?” I believe these actions only assuage white guilt and leave Blacks with clean feet or shined shoes but do little or nothing for the neediest Blacks.

I notice that those waxing most eloquently against systemic racism, systemic injustice, white supremacy or white privilege are successful, educated Blacks and Whites. They are middle or upper-class individuals. Products of, or part of nuclear families, they live in the suburbs or gated communities. Never have I heard these phrases uttered by poor low-income Blacks.

“This is a time that we must love our neighbors more than we have ever done before, with greater empathy than ever before.”

I Would Like to Suggest the Following to Dan Cathy

I know a Christian school in Philadelphia, educating low-income Blacks, out of the crammed basement of a church. They desperately need a new school building. To the pastors, whenever the police or any other white group tries to wash your feet, ask them to write a check. Make it to an inner-city Christian school that teaches your values while educating Black children. To the thousand people lying on the ground in Bethesda, MD, please get off the ground. Get out your checkbooks and write a check to a Christian school in Baltimore. Where a little Black boy or girl will be guaranteed to learn to read.

In addition, ask for a copy of the child’s photograph and report card. This is so that you can follow up and see where your money goes. Persons and businesses in Pennsylvania have a great opportunity to contribute to the education of low-income Black children. It is through the Education Improvement Tax Credit (EITC). If you believe like I do, that the education of low income Black children should be the civil rights issue of our time, then support Christian schools in inner cities. All over the country they are doing just that.

I believe there are two narratives competing for the hearts and minds of inner-city Black parents and children. One narrative tells them they live in an imperfect country, like all other countries. Yet it is the greatest country on Earth, with great opportunities for Blacks. Many Blacks are successful in this country, and their children can be also. Alas, there is a caveat: “learning to read” is the first step in taking advantage of this opportunity. As a poor inner-city Black parent, you must do everything humanly possible to help your child learn to read and read well.

The other narrative tells these same parents and children that they live in a country where they are victims. Victims of systemic/institutionalized racism and injustice. Their only salvation is a fundamental transformation in the over-ruling governing structure. Without that, there is  little or no hope. The future of inner-city Blacks depends on which of these two narratives they embrace. 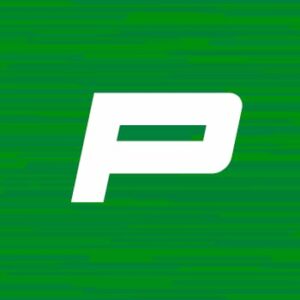 Patricia Jackson
Patricia Jackson is a writer for NRN, an immigrant from West Africa, a Christian, and Executive Director of Parent Child Learning Project. She is passionate about the education of low income inner-city children who are being left behind academically. Jackson lives in Pennsylvania, outside Philadelphia.

Latest posts by Patricia Jackson (see all)
Share to break through the censorship!