America Launches its Own for the First Time in 9 Years!

NASA and Space-X teamed up in a public and private partnership to launch a spacecraft. With ‘commentary’ from the Johnson Space Center in Houston, along with SpaceX headquarters in California, the exciting launch debuted today. After former President Obama declared an end to manned space flight in America, the dreams of many of America’s youth were dashed, as the Iconic Space shuttle program ended. It’s last mission, flown by Atlantis in July of 2011, retired America’s Space Shuttle Program, with our Space Fleet formally ending August 2011.

Another iconic program was closed, putting an end to America’s Greatness in Manned Space Exploration under the Obama Administration. President Donald John Trump has turned the space race all around for America The Beautiful. In just 3 short years, President Trump has returned America to Manned Space Flight. This time in a unique partnership between private industry and the government sector that will spur innovation for the future.

As this new era of manned spaceflight begins, American astronauts will launch from an American rocket, on American soil. They will set course to the International Space Station as part of NASA’s Brand New commercial crew Dragon Program. Two well tested NASA astronauts Robert Behnken and Douglas Hurley flew on Space-X’s Next-Gen crew Dragon Spacecraft, aboard a Falcon 9 Rocket at 3:22 pm EDT Saturday. These men were chosen for their extensive flight experience, with several missions under their belt, and have trained hard to command parts of this mission.

Robert Behnken who took part in several space shuttle flights, has performed many spacewalks in previous years, and is responsible for rendezvous, docking and undocking. He is also in charge of the Demo-2 special activities once docked to the international space station.

Douglas Hurley is a New York native, and will put to good use his degree. He has a Bachelor of Science in Civil Engineering from Tulane University, and also is a fighter pilot in the US Marine Corps. Hurley completed two spaceflights and is the Commander of Demo-2, he is also responsible for launch, landing, and recovery. Hurley holds the distinction of being the pilot and lead robotics operator on the final space shuttle program mission in July of 2011.

Iconic Launch Complex 39A in Florida was the sight for this historic launch,  and for an extended stay at the space station for the Demo-2 mission. The take-off was scheduled via a Falcon 9 rocket. Crew Dragon rocketed these two astronaut passengers 17,000+ mph and will connect with the International Space Station.

While circling the earth, America’s SpaceX heros and mission control confirmed so far this new dragon spacecraft is performing as it was designed. The testing of environmental controls, displays and maneuvering thrusters went on flawlessly. While this spacecraft is built to run independently, the astronauts aboard this new spacecraft and the ISS will monitor the approach and docking course, and can take control of the spacecraft should the need arise.

The specific length of time along with the exact details of this mission is still to be defined by mission control. After connecting to the ISS, both Behnken and Hurley will go aboard the IS Station as team members of Expedition 63. Each will perform tests on the Crew Dragon, and conduct research with the other space station crew members.  This was the last test for SpaceX before beginning regular missions. This space flight will validate the crew transportation, rocket, launch pad, operations and, the spacecraft itself.

The Crew Dragon can remain in orbit about 110 days. This mission’s exact time-frame will be determined once more data is collected while docked with the ISS. The maximum capability to remain in space for Crew Dragon is around 210+ days, which is a standard practice, as set by NASA’S space program.

This test will also be our NASA astronauts first check of the ships orbital abilities. Upon the mission’s end, Crew Dragon will release automatically with the two astronauts on board, and leave the ISS in order to re-enter Earth’s atmosphere. After splashdown near Florida in the Atlantic, our heros will be picked up at sea by Space-X’s Go Navigator recovery vessel and return to Cape Canaveral to start all over again!  This mission for Demo-2 will be the final step before NASA’s Commercial Program certifies Crew Dragon for operational, long-duration missions to the ISS.

Certification of Crew Dragon will enable NASA to continue the important research and technology investigations taking place onboard the station. Those which benefit America the Beautiful and the great people of earth. Plus it confirms the groundwork for future space exploration of the Moon, Mars and well beyond. With Americas next planned mission to be the Artemis Program, (stand by for juicy details) which will contain the first woman on a lunar surface which is currently planned for 2024. 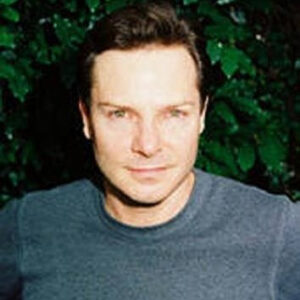 Latest posts by Steve Konos (see all)
Share to break through the censorship!