Mention the drug hydroxychloroquine, and likely you’ll strike a nerve – either you’re for it or completely against it. That’s why the country erupted when President Donald Trump revealed that for almost two weeks, he’s been taking one pill a day of hydroxychloroquine along with zinc as a prophylaxis in hopes of preventing contracting COVID-19. His transparency and readiness to face an expected onslaught of media criticism, while admirable, also creates medical controversy. He was prepared as verbal attacks were fired and so far, he has handled this recent blitz by his opponents with his usual cool and composed attitude. He indeed struck a nerve.

Whether President Trump is taking hydroxchloroquine with zinc for prevention of COVID-19, is totally between him and his doctor, Sean Conley. According to the president, he asked Dr. Conley his opinion and advice of what he thought of taking it as a prophylactic against COVID-19.

With Dr. Conley’s approval, President Trump was given the go ahead to try it. One would have to assume Dr. Conley has reviewed thoroughly the risks and benefits of hydroxychloroquine with zinc determining if it’s right for Trump. Otherwise, his credibility is on the line if something bad happens. He also would have relied on the Hippocratic Oath of “do no harm.”

President Trump’s concern over prevention of contracting the virus, likely was spurred on by the emotional aspects and concerns of it. It began with one of Trump’s closest political allies, U.K. Prime Minister Boris Johnson, who was sidelined with COVID-19  first in self-isolation, then hospitalized but managed to avoid going on a ventilator and has since recovered. In April, President Trump’s closest friend, Stanley Chera, a prominent New York City real estate mogul, died from complications of COVID-19. Then, just last week, two White House staffers tested positive for the virus, Vice President Mike Pence’s press secretary and one of President Trump’s valets.  Even Fauci went into self-quarantine. This was getting too close for the presidents comfort level.

I wholeheartedly support President Trump in his decision. He’s the most powerful man in the world and has the right to make this decision with his doctor’s approval.  Other than some struggles with high cholesterol, he appears to have no other health conditions that would disqualify him from taking this drug. Despite the fact that Nancy Pelosi has stated he has gained weight, I can tell you for someone who fights for our nation day in and day out with only 4 hours of sleep each night, he still looks and acts much younger for his age.

Why the Controversy Over Using Hydroxychloroquine?

For a drug that was FDA-approved as being safe and effective approximately 60 years ago, hydroxychloroquine has been used successfully to treat both malaria and autoimmune diseases such as lupus and rheumatoid arthritis. However it has been under intense scrutiny the minute the president took a liking to the medication by bringing attention to it.

But like any medications, there are risks and benefits to taking hydroxycholoroquine. Before writing a prescription to a patient for this drug, all doctors need to weigh their decisions carefully.

The art of medicine is based on individualized care looking at the risks and benefits of whatever treatment is being considered. It is critical that all doctors pay attention to the risk stratification and if the benefits outweighs the risk, the treatment is then justified.

Factors to consider are several: Should it be given as prophylaxis for some people as a preventative measure or only for individuals testing positive for COVID-19?  For those testing positive, when should it be started – in the early stages or only if the infection gets worse? What’s the proper dosage that’s effective and safe for this medication when used to treat the virus?

There will also be patients who should not be given hydroxychloroquine due to having certain health conditions: anyone with heart disease or a heart rhythm disorder, diabetes, allergy to quinine, psoriasis, or liver or kidney disease. These individuals would be disqualified from consideration of using the medication for COVID-19.

One particular concern of hydroxychloroquine is that it can cause serious heart rhythm problems in some people.  The FDA has cautioned against the use of this drug outside of the hospital setting due to these issues and should be addressed by any doctor before prescribing it. Hospitalization or not, all patients approved to use hydroxychloroquine, should be closely monitored for any signs of adverse symptoms.

What are the Benefits of Hydroxychloroquine Effectively Fighting COVID-19?

To answer this question, let’s review what we know so far about this virus and how it behaves. From what we’ve learned about people infected with this virus is the huge disparity in how it presents itself: some people have no symptoms or very minor while others become very sickly requiring a ventilator. Why? Right now there is no definitive answer but many experts suspect that in some patients who did not survive COVID-19, their immune systems may have gone rogue, producing what is called a cytokine storm.

But sometimes too many cytokines are released literally flooding the body causing too much inflammation known as a cytokine storm. This cascade of cytokines can seriously affect the kidney, heart, and lungs of someone infected with COVID-19 and have proven to be deadly.

Another recent 2020 review in the International Journal of Antimicrobial Agents, discusses how using both chloroquine and hydroxycholorquine can reduce the production of various pro-inflammatory cytokines helping avoid dangerous and deadly cytokine storms. For patients who are eligible and are either asymptomatic or have only minor or moderate symptoms, the use of hydroxychloroquine makes logical sense.

Others who are planning encouraging research on hydroxychloroquine as a prophlaxis is the Henry Ford Health System in Detroit leading a study appropriately named WHIP COVID-19.  It aims to enroll 3,000 volunteers to determine the drug’s effectiveness in preventing this infection.

A May 2020 study found on medRxiv and has not yet been evaluated by the medical community and is under peer-review, has found encouraging data that showed when zinc sulfate was used in combination with hydroxychloroquine and azithromycin, patients were discharged from the hospital sooner and had reduced admission to the ICU or the need for a ventilator.

I’m also in favor of using hydroxychloroquine as a combo with other medications such azithromycin (z-pack) and zinc. These could be smart strategies going forward in our fight against this virus.

I have a feeling the controversy over hydroxychloroquine will not be settled anytime soon. What we know so far is that for some people, this medication has worked. Numerous frontline workers in hospitals and clinics have already been using hydroxychloroquine as a means to avoid contracting the virus.

What we do know is there are more questions than answers at this time. Is hydroxychloroquine the deathblow to beating COVID-19? As a country, can we avoid making this a political issue and instead focus on the “what ifs” or “maybe” aspects what this drug may have to offer?

As a leader of the country, President Trump has had to make extremely difficult decisions in a very short period of time. There is no playbook for the situation we are in. The president has thoughtfully but deliberately done his best in dealing with a pandemic none of us expected to happen. Though he is daily criticized for practically every move he makes, when it comes to hydryoxychloroquine for COVID-19, there was little time to do double blind randomized clinical trials that normally take months if not years to complete. He made the decision for himself, with the approval of his doctor and we know he is not shy about telling the world. 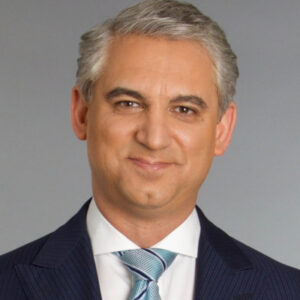 Dr. David Samadi
Dr. David Samadi is a writer for NRN, a contributor to Newsmax, and is a renowned and highly successful board certified Urologic Oncologist Expert and Robotic Surgeon in New York City. He’s regarded as one of the leading prostate surgeons in the US, with a vast expertise in prostate cancer treatment and Robotic-Assisted Laparoscopic Prostatectomy. Visit Dr. Samadi’s websites at robotic oncology and prostate cancer 911.

Latest posts by Dr. David Samadi (see all)
Share to break through the censorship!