Under tyrannical governments, such as Socialist, Communist or Nazi rule, citizens are not permitted to keep and bear arms in self-defense, unless of course they are insiders. From their Ivory Tower tyrants look down at the little people with contempt, viewing their freedom to act in self-defense as disgusting and irrational. Serfs are not permitted to defend themselves, their family or their neighbors. Self-defense is the most critical aspect of human freedom and is second only to freedom in speaking without fear. In these systems of governments, serfs do not possess any freedoms.

“He who attempts to get another man into his absolute power does thereby put himself into a state of war with him; it being to be understood as a declaration of a design upon his life. For I have reason to conclude that he who would get me into his power without my consent would use me as he pleased when he had got me there, and destroy me too when he had a fancy to it; for nobody can desire to have me in his absolute power unless it be to compel me by force to that which is against the right of my freedom…To be free from such force is the only security of my preservation, and reason bids me look on him as an enemy to my preservation who would take away that freedom which is the fence to it.”John Locke

US Citizens Have a Right to Self-Defense

Outlawing single shot semi-automatic handguns, or rifles such as the AR-15, would take away one’s freedom to self-defense. Limiting one’s security of preservation by keeping such weapons out of the hands of good guys defending their homes, families, and neighbors is not a sound principle when such laws do not keep these weapons out of criminals’ hands. This part of society rarely restricts their actions based on what is legal.

The Issue with “Gun-Free Zones”

Outlawing all guns creates a so-called “gun-free zone,” an Orwellian expression for “kill zone” where good guys aren’t allowed by law to have guns. This disgustingly hands bad guys a murderous advantage. In reality there is no such thing as a “gun-free zone” because bad guys will bring them in anyway. There is no such thing as banning or outlawing AR-15s, or any other gun, from the possession of murderers or Islamic jihadists; they will have them despite gun control laws, but law abiding citizens will not. Good guys might actually need an AR-15 if their home was assaulted by a gang instead of a single criminal.

The first attempt at people control via gun control in America occurred on April 19, 1775 in Lexington, Massachusetts. An officer leading 700 British Redcoats demanded the assembled American men to “Throw down your arms, ye villains, ye Rebels!” Freedom loving American Minutemen did not throw down their arms, which sent a message to the freedom hating British tyrants to come and get them. Muskets in the hands of our Forefather Patriots were defense weapons, the same muskets in the hands of British soldiers were assault weapons.

Today, the only people who should be outlawed from gun possession are Islamic jihadists, violent felony criminals, illegal aliens, those suffering from psychosis with hallucinations, and anyone threatening or inciting murder. By doing so, law abiding citizens without mental challenges would still have their guns, including the AR-15, as per the US Bill of Rights.

The real goal of so-called “gun control” laws is to disarm and thereby control the American people, possibly using the techniques of calculated anarchy. This course of action is an essential step in the establishment of totalitarian government. Recent history proves this ends in death by gun control. 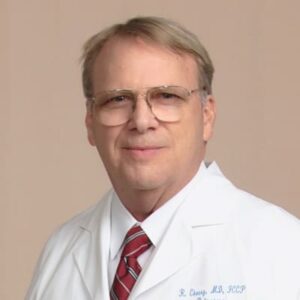 Ronald R. Cherry
Ronald R. Cherry, MD is a writer for NRN and a board-certified specialist in lung disease who is in the full-time practice of medicine in Sweetwater, Tennessee. Dr. Cherry also stays busy raising a family, reading, hiking, and fishing. Dr. Cherry is not involved in politics, but he has come to the conclusion that all liberty-loving Americans must educate themselves on the principles and values that were held by our Founding Fathers — and that to maintain our freedom, each generation of Americans will be required to make sacrifices and emulate that generation of Americans.

Latest posts by Ronald R. Cherry (see all)
Share to break through the censorship!