It has become a cliché to call Islamic terrorists “Islamofascists.” Is that correct?

Fascism (in Italian fascismo from fascio, meaning unity or society; in modern terms – collectivism) was contrived by Mussolini, and its main idea states that each person is important only as a member of the society. The fact that each person is also an individual – a personality – does not matter much.  Stalin also considered the Soviet people as the nuts and bolts of the state mechanism. This confirms that all far-left ideologies: Communism, Nazism, Progressivism, etc., are essentially the same – they lead to a dictatorship, and, when it comes to Western civilization, one should add anti-Semitism. All of them have the same sources: envy and the desire for power.

A while ago, the Japanese delegation visited Israel. As a gift, they brought “Protocols of the Elders of Zion.” They said – I am paraphrasing – that this book is an anthem to Israelis. They know that the book is a fake, but, in their opinion, if there is even a grain of truth, then they have something to learn from the Jews.

Hitler combined Fascism with racism, and thus Nazism was born. His party program and the policy of Germany were aimed at maintaining the purity of the Nordic race, at the dominion of that race over the whole world, and the annihilation of the ‘subhuman.’

Islamic supremacists are fighting for the purity of Islam, for its dominion over the whole world, and for annihilation Jews and homosexuals. That means that they are not Islamofascists. They are Islamo-nazis. There is a difference.

The analogy between Islam and the Soviet system goes deeper. Soviet Politburo was aggressive. So is Islam. They all know that they do not stand a chance in peaceful competition with the democratic West. Eventually, their people will ask why despite having the ‘best’ political system (in the case of Islam the ‘best’ way of life), their lives are so miserable in comparison with the West. Gradually, people will become disillusioned with the system, and the leaders will lose their power and well-being.

There are two polar strategies for fighting terrorism

The conservatives deem that a war is being waged on us.

The approach of the liberals, as could we understand it, is something as follows: the majority of Italians are good people but there is Camorra, we fight it while observing all legal norms, but we do not go to war with Italy. The majority of Russians, Chinese, and Vietnamese are good people, and so on.

Everything is wrong with this logic.

For example, what does ‘good people’ mean? We are interested in a very specific ‘goodness’ here. Namely, are there enough Muslims who are against terrorism, and organized enough to block it?

“Authorities in Kuwait were astonished by the results of the public opinion poll conducted by the newspaper Ap-Raj-al Amm…which found that the overwhelming majority of those polled do not think of bin Laden as a terrorist, but speak of him as a Muslim hero and as a symbol of Jihad. Sixty percent of those polled believe that his subversive anti-American activities are justified”.

There is a documentary called “Obsession,” which shows what is preached in mosques. Fragments of the film were shown on the Fox News channel. These sermons are well-conducted brainwashing, and overt propaganda for anti-Semitism, hatred of the West, and the justification of the terrorism. The distribution of the film was prohibited. Why? Political correctness (Muslims could be offended). Add to these sermons the furious propaganda in the press of the Muslim countries – presented without any counter-propaganda – and it becomes clear that it’s hardly true to say that the majority of the Muslims are against terrorism.

It does not matter whether the majority is good or bad. The only thing that matters is whether ‘good’ or ‘bad’ are able to move the populace. That and only that should be taken into consideration. Judging by the fact that after every terror act, there are festivals in the streets of Muslim countries and no demonstrations of protest, one is forced to conclude that, unfortunately, Islamo-nazis rule in the Muslim world. Hence, they determine the face of today’s Islam.

There are some Muslims who understand that Islamo-nazism spells calamity for everybody, including Muslims themselves, and are brave enough to rise against it. They are true heroes who risk their lives and the lives of their kin. There is a documentary called “Muslims against jihad.”  This film shows how the Muslims, who do not like Islamo-nazism, are silenced, not in some distant Muslim country but in the United States. PBS rejected the film: too candid, the Muslim clergy may take offense.

Is it correct to compare Islamic terrorism to organized crime? Or is it an act of war?

The German military historian and philosopher Carl von Clausewitz explained to humanity that war is a continuation of politics by different means. That means that the threat of war appears when some political goal cannot be achieved by peaceful means.

What is the goal of any organized crime? Profit, which is not a political goal. Hence, their activities are pure criminal acts.

On the other hand, the goal of the terrorists is to establish a worldwide caliphate, i.e., to substitute their political system for ours. Part of the Constitution of the Islamic Republic of Iran titled ‘The Form of Government in Islam’ ends as follows: “With due attention to the Islamic content of the Iranian Revolution, the Constitution provides the necessary basis for ensuring the continuation of the Revolution at home and abroad. In particular, in the development of international relations, the Constitution will strive with other Islamic and popular movements to prepare the way for the formation of a single world community (in accordance with the Koranic verse “This your community is a single community, and I am your Lord, so worship Me” [21:92]” (emphasis added).

In 1993, CAIR spokesman Ibrahim Hooper told a reporter for the Minneapolis Star Tribune: “I would not want to create the impression that I would not like the government of the United States to be Islamic sometime in the future.”

In 1998, CAIR co-founder Omar Ahmad said: “Islam is not in America to be equal to any other faith but to become dominant. The Koran … should be the highest authority in America, and Islam the only accepted religion on Earth.”

Creating a caliphate, i.e., a Muslim empire, is a political goal. Therefore, Islamic terrorism is a war, not a criminal act. 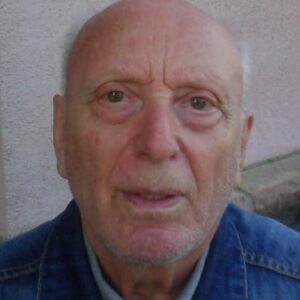 Latest posts by Abram Malitsky (see all)
Share to break through the censorship!