Yes, I voted for Obama twice. I was thrilled by Obama’s campaign and over-joyed that we Democrats had elected America’s first Black president. Back in 1992 and 1996, I voted for Bill and Hillary Clinton too. I was a loyal Democrat, a dyed-in-the-wool liberal, and I loved the Democratic Party. That’s why I first became a Democrat in 1972.

When I was 23 years old, and I voted for the first time for George McGovern, who was running against Richard Nixon. I believed then that the Democratic Party stood for civil rights, equality for all, and world peace. We were convinced we liberals were on the right side of history, and I bought into their ideas of women’s rights, free speech, free love and permissiveness. I even raised my first daughter with very little discipline or boundaries.

I realize now I was rebelling against my strict Catholic upbringing. At the time, I thought the liberal free-spirited ideology was the one we should all live by. I went on to raise 5 more children, born in 1988, 1990, 1991, 1993 and 1995, all of whom had special needs. I quickly realized my 5 stair-step kids needed a lot more than love.

They also needed kind but firm discipline, structure and routine. As I grew along with them, I was becoming more conservative. Especially when it came to social issues, but when it came to politics, I was still a lefty. I believed it was the liberals who wanted peaceful resolution to conflict instead of war, and social justice instead of inequality.

This was true especially for women and the downtrodden. I was convinced it was Democrats who called out racism, sexism, and homophobia. It was they who uplifted the working class in our country. In 2015-2016, I was drawn to the social justice campaign of Senator Bernie Sanders. I had known of Bernie for at least 10 years.

I used to listen to him every Friday morning on the Thom Hartman program (another liberal I really admired). The radio show was called “Brunch with Bernie”, and I liked Bernie’s vision of a just society. One where everyone was equal, and all shared resources, so that no one lacked the necessities of life. So, when then Senator Sanders announced he was running for POTUS on the Democratic Party ticket, I eagerly supported his campaign. I attended two of his huge rallies in Seattle where I was living at the time.

It was upsetting, and I was angry when the Democratic National Committee pushed Bernie and his supporters aside in favor of Hillary. It was hard to understand why Bernie didn’t fight back to claim the nomination. I still suspect the DNC threatened Bernie Sanders or paid him off to throw his support to Hillary. I wrote his name in on my 2016 Ballot in November. This was allowed in Washington State, even though not really counted.

During the Presidential debates that year, I remember being surprised and confused when Bernie asked Hillary to make her Wall Street speeches public, and she declined. She said she would do so when everyone else released their speeches. That was the first “chink in my armor” that got me thinking “what’s in those speeches that she’s trying to hide from us”?  That caused me to embark on research, and what I found was horrifying.

I saw that there was a completely different side to the Clintons than what they presented to the public. I discovered they had been involved in scandal after scandal during their political lives, and that the Clinton Foundation was actually a criminal enterprise. We still don’t know what really happened to her on September 11, 2016 when she collapsed at the 911 Memorial, and then was literally thrown into a medical van. Her campaign claimed she had pneumonia, but how did she emerge a few hours later appearing 30 pounds lighter and in good health?

I started to feel like I was being played – something wasn’t right — and the more I questioned, the more I realized we weren’t being told the truth. Lies poured forth from the Democratic Party and the media, who seemed to parrot them as if scripted. My independent research led me to a man named Robert David Steele, an ex-CIA case agent. I was instinctively drawn to the many issues he was uncovering.

This highly intelligent, ex-CIA officer was telling me that Donald J Trump had the potential of becoming the greatest president in American history. In contrast, the mainstream media was telling us that Trump supporters were stupid, low-class rednecks who were racists and Nazis. Robert David Steele and other Trump supporters I was encountering were none of those things. I was experiencing a metamorphosis, a period of awakening.

There were many days of confusion and denial, but what I was uncovering was convincing and starting to make sense. For example, I remember feeling disappointed and betrayed by the Obama Administration when he failed to do most of what he promised during his campaign. He said he would support and even march with striking workers, but he never did. I thought for sure he would re-open an investigation into the real causes for 911, 2001, but he said we need to look forward, not backwards. I had pushed those feelings aside and ignored my gut feelings about him, still believing that a loyal liberal “votes Blue no matter who”.

Along the way I was discovering other well-educated, smart people who were Trump supporters. I found citizen journalists who were not corporate-owned. They told a completely different story about Donald Trump, and they exposed the hypocrisy of the left-leaning Democrats that I had either ignored or glossed over. I was particularly impressed by Brandon Straka of the #WalkAway Movement and by Charlie Kirk and Candace Owens of Turning Point, USA.

By the end of 2017, my transformation from left to right was almost complete. By then, I identified as a conservative, and I was disagreeing with liberals and the Democratic Party on most issues. When I moved my residence to another state, I re-registered as an Independent voter. I saw our duly elected POTUS 45 in a whole different light, and I started reading his Twitter posts every day

The Republicans are also the Party that defends our Constitution and champions America’s uniqueness. I share my journey of traveling from a 40-year liberal history to becoming a Conservative and an independent Trump supporter. It is my sincere hope that other liberal democrats will find my experiences enlightening and will decide to join me on the Trump Train. There is always room for more! 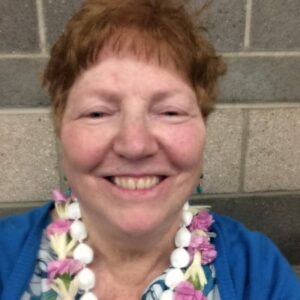 Latest posts by Joanna C. Chestnut (see all)
Share to break through the censorship!