Cheryl Phillips Reports: A Puzzle with Many Pieces

For many years antibiotic resistance was perceived to be caused by improper and overuse of prescribed antibiotics. However, this is only one piece of a complex puzzle. Antibiotics are misused in many other ways, such as ‘Factory Farms’ for livestock, in cleaning products, and Agricultural applications. Some other culprits include aquarian and family pets. A lesser known factor would be anomalous combinations.

Clinicians are very aware of the dangers of over prescribing antibiotics, but changing patient perceptions and expectations is difficult. We can all help raise patient awareness on the dangers of unnecessary antibiotic therapy and the ineffectiveness of antibiotics for viral infections such as common colds and influenza.

Patient perception is that you go to the doctor and he gives you a prescription remedy, not just good medical advice and instructions for healing. Take time to educate your patients. Eventually they will appreciate your reservation on prescribing drugs which are not necessary rather than pacifying patients who are unaware of antibiotic resistance.

According to the FDA, factory style farms use over 30 million pounds of antibiotics every year which end up in our food and water supplies.  Unhealthy conditions created by overcrowding livestock is why factory farmers routinely dose all livestock with antibiotics, usually right in their food or water.  Organic or pasture raised cattle and dairy cows on family farms are not routinely treated with antibiotics or growth hormones.

Many stores now label chickens that are antibiotic free (ABF) and cage free or free-range. By supporting your local farmers, Farmer’s Markets, and organic grocers you reduce the amount of antibiotics consumed by people and animals. The FDA admits significant amounts of residual antibiotics, growth hormones, and pesticides end up in our food supply.  Measuring the exact amounts is proving very difficult. Monsanto has now been sued for findings which prove Round-Up is showing up in children’s cereal in levels high enough to promote cancer. GMO means genetically modified organism, simply put, Round Up is engineered into the seeds directly for convenient, perfect, corn fields with nary a weed but the poison in our food is proving deadly.

Another overuse of antibiotics is in antibacterial soaps and hand sanitizers. The CDC (Center for Disease Control) agrees that washing your hands thoroughly with warm water and regular soap is plenty to remove germs, dirt, and bacteria.  Using antibiotics in soaps is unnecessary and further contributes to the evolution of antibiotic resistant strains. The medical community is now calling it “drug resistance” which just confuses patients and why they are using this generalization is a mystery.

According to the New England Journal of Medicine (3-13-08 358:1200-1201), many isolates of community acquired Methicillin-Resistant Staphylococcus Aureus (MRSA) produce Pan ton-Valentine Leukocidin (VRL) increasing the virulence of the bacteria, which can cause disseminated deep abscesses and necrotizing pneumonia. Wrestling mats are a leading cause of MRSA and staph in students. The CDC states that more Americans die from staph or MRSA every year than from AIDS or HIV.

There is also evidence that companion animals, mainly dogs, harbor MRSA and inter-species MRSA transmission has been seen in family members and their dog. The case they illustrate shows MRSA transmission between humans and cats.  In this case, the abscesses in the patient cleared only after antibiotic treatment of the cat. The Doctors concluded that pets should be considered possible household reservoirs of MRSA that can cause infection and reinfection in humans.

Large numbers of ornamental fish are cultured and shipped internationally for sale to the public. During culture and shipping the water is treated with antibiotics and other chemotherapeutic compounds to reduce fish mortality. The water containing the ornamental fishes was found to contain countable numbers of bacteria that were resistant to one or more antibiotic agent. Although the strains examined appeared to lack R factors, this pool of resistant bacteria may have public health implications. Don’t put your hands in the water used to transport your new fish and dispose of the water with care.

Anomalous combinations are another curiosity perpetuating drug resistant microbes.  A good example from one study on rhesus monkeys reports that mercury in dental amalgam fillings fostered a 61 percent increase in antibiotic resistant bacteria. Upon removal of the mercury amalgam fillings, drug resistant bacteria dropped 58 percent. Another example, S. aureus, was shown to acquire vancomyacin resistant genes through cohabitation with vancomyacin resistant bacteria, enterococcus faecallis in the wound of a hospital patient. Through mechanisms of genetic exchange between bacterial species, the mere coexistence of these two particular bacteria caused drug resistance in S.aureus.

Summary of Six Things You Can Do 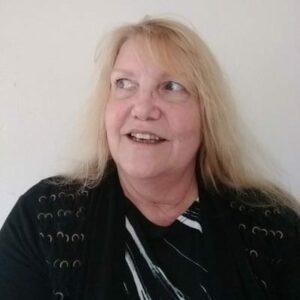 Cheryl Phillips
Cheryl Phillips is a writer for NRN, naturopathic medicine student, beekeeper, and activist for Keeping America Great using her communication and social skills. Phillips is wife to a professional chef, mother of four, and a grandmother who loves nurturing and teaching others.

Latest posts by Cheryl Phillips (see all)
Share to break through the censorship!