Diversity is Not Our Strength, It is Our Greatest Weakness

To say that diversity is our strength is to utter a phrase which has been bandied about with such ease that it has become meaningless. Despite its insubstantiality, questioning it is an act of great heresy that will not go unpunished by the vapid clerics of the Church of Leftism. The outsized nature of the attacks on those who criticize this doctrine indicates an obvious truth that our culture refuses to acknowledge – diversity is not our strength, it is our greatest weakness.

The diversity which weakens us is not racial. I have no interest in the color of one’s skin. Rather, it is extreme cultural diversity which has weakened our country. Mass immigration – legal and illegal – working in tandem with Leftist dogma that encourages immigrants to retain the culture of their home country and refuse to assimilate into American society is largely to blame for the intense divisions we currently face.

Diversity Does Not Strengthen a Community

Reputable studies have shown that, in the United States, diversity does not strengthen a community. The following, from an article discussing a study by Harvard political scientist Robert Putnam, demonstrates this:

The greater the diversity in a community, the fewer people vote and the less they volunteer, the less they give to charity and work on community projects. In the most diverse communities, neighbors trust one another about half as much as they do in the most homogenous settings. The study, the largest ever on civic engagement in America, found that virtually all measures of civic health are lower in more diverse settings.

The diversity which weakens us is not racial.

Some may look at this and assume that the solution is to embrace tribal racial politics, to advocate for a return to a time in which all countries were ethnically homogenous and race-based politics were the global norm. I believe this is a dangerous misread of the issue at hand.

In my view, the solution is clear – we must find a non-racial banner under which to unite. The question is what this race-blind banner ought to be.

To be sure, there are many options available to us. I believe the most attractive among them is religion. In most countries, this would manifest in the promotion of a particular religious denomination by the state. The Church of England in the United Kingdom, the Roman Catholic Church in Italy, and so on. But in the United States, the Establishment Clause of the First Amendment prevents us from favoring an establishment of religion, taking this option off the table.

In our case, the best we can hope for is unity under core Judeo-Christian tenets. This was clearly the goal of the Founding Fathers, but over time extreme Liberal interpretations of our founding documents have eroded America’s religious principles. Though not the intention of our forefathers, we now live in a secular country which disdains outward Judeo-Christian expression.

Some on the Right exclusively fault the Left for this, but they are misguided in doing so. There is an influential contingent of the American Right – a group I call “Liberal Conservatives” – who disdain public displays of patriotism and Judeo-Christian tradition almost as much as the Left. This group exists almost exclusively in cosmopolitan cities like Washington DC and New York and is made up of self-important commentators who believe that one must adhere to the Liberal philosophical tradition in order to be a true conservative. In other words, one must be a Liberal in order to be a thoughtful conservative. Nonsense.

If we are to cast out the diversity which is weakening our country and establish a Judeo-Christian banner under which Americans can unite, we must first clean up our own house. Traditional Conservatives must seize the reins of power from the Liberal Conservatives. To do so, we must ensure that prominent representatives of our ideology – Josh Hawley, Sohrab Ahmari, Mike Pence, and so on – take and maintain control of influential Conservative institutions and the Republican Party. Once that has been accomplished, we can turn our proverbial guns on the Left and the culture it has infected to reunite our country. 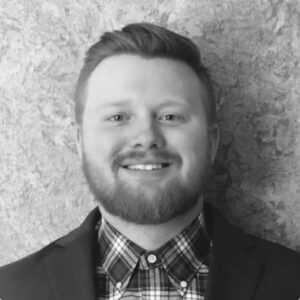 Zachary Miller
Zachary Miller is a writer for NRN, the Editor in Chief of The Baylor Judge, and the Chairman of Baylor Young Americans for Freedom. Additionally, he is a Fellow at Empower Texans and his work has appeared in Texas Scorecard, New Guard, Lone Conservative, and The College Fix. He is the author of the upcoming book "Keep Texas Red: A Battle Plan for 2020 and Beyond," which will be released by Defiance Press in Fall 2019.

Latest posts by Zachary Miller (see all)
Share to break through the censorship!