WASHINGTON, D.C. — Hundreds of people who’ve lost their loved ones to illicit fentanyl marched to the White House Saturday to demand action from the Biden administration, asking officials to better warn and educate the public and to stop its flow across the U.S.-Mexico border.

April Babcock, the founder of Lost Voices of Fentanyl, the organization leading the march, lost her son Austen in 2019 to the illicit substance. In order for this to not happen to any other kid, Babcock told the Daily Caller News Foundation that the Biden administration must step in to educate the public and to tackle the sources of the issue: China and the Mexican cartels.

Fentanyl, which in doses as small as 2 milligrams can kill the average person, is largely responsible for over 108,000 drug deaths that occurred in 2021, according to data from the Centers for Disease Control and Prevention (CDC). The Drug Enforcement Administration (DEA) warns that Mexico’s Sinaloa cartel and the Jalisco New Generation cartel are putting illicit fentanyl into pills that look like prescription drugs to deliberately trick Americans.

The cartels are using chemicals largely made in China to mass produce the pills in clandestine labs. The DEA recently warned about the emergence of “Rainbow fentanyl,” which are candy-colored pills likely made by the cartels to entice young people.

“Oh my gosh, at least do a public awareness campaign,” Babcock said. “It has to come from your White House down. Label the cartels a foreign terrorist organization. We want illicit fentanyl and its analogues on a weapon of mass destruction list. That’s what they need to do.”

Stephanie, who lost her 16-year-old son Kyle, came from Fort Worth, Texas, to share her grief with hundreds of others. She echoed Babcock, telling the DCNF that the White House needs to declare fentanyl a weapon of mass destruction.

“You need to stop and make this a WMD,” Stephanie said. “We are literally on our soil and we’re getting killed.”

“We need your help right now because people are getting fake, counterfeit pills and being deceived as early as 11 and 12-years-old and dying,” she said in her message to the White House.

Nafeesah, came from Pennsylvania, to speak for her daughter, Fatima, who illicit fentanyl took at the age of 16.

“My message is that it’s not an overdose, it’s a poisoning,” Nafeesah told the DCNF. “And it’s happening to everybody. As you see, I don’t fit the stigma of who this would affect. My daughter was 16, she was African American, she was Muslim. She was going through depression, she just had a child. And COVID shut everything down and it hurt her and she was trying to escape with taking one pill and one time.” 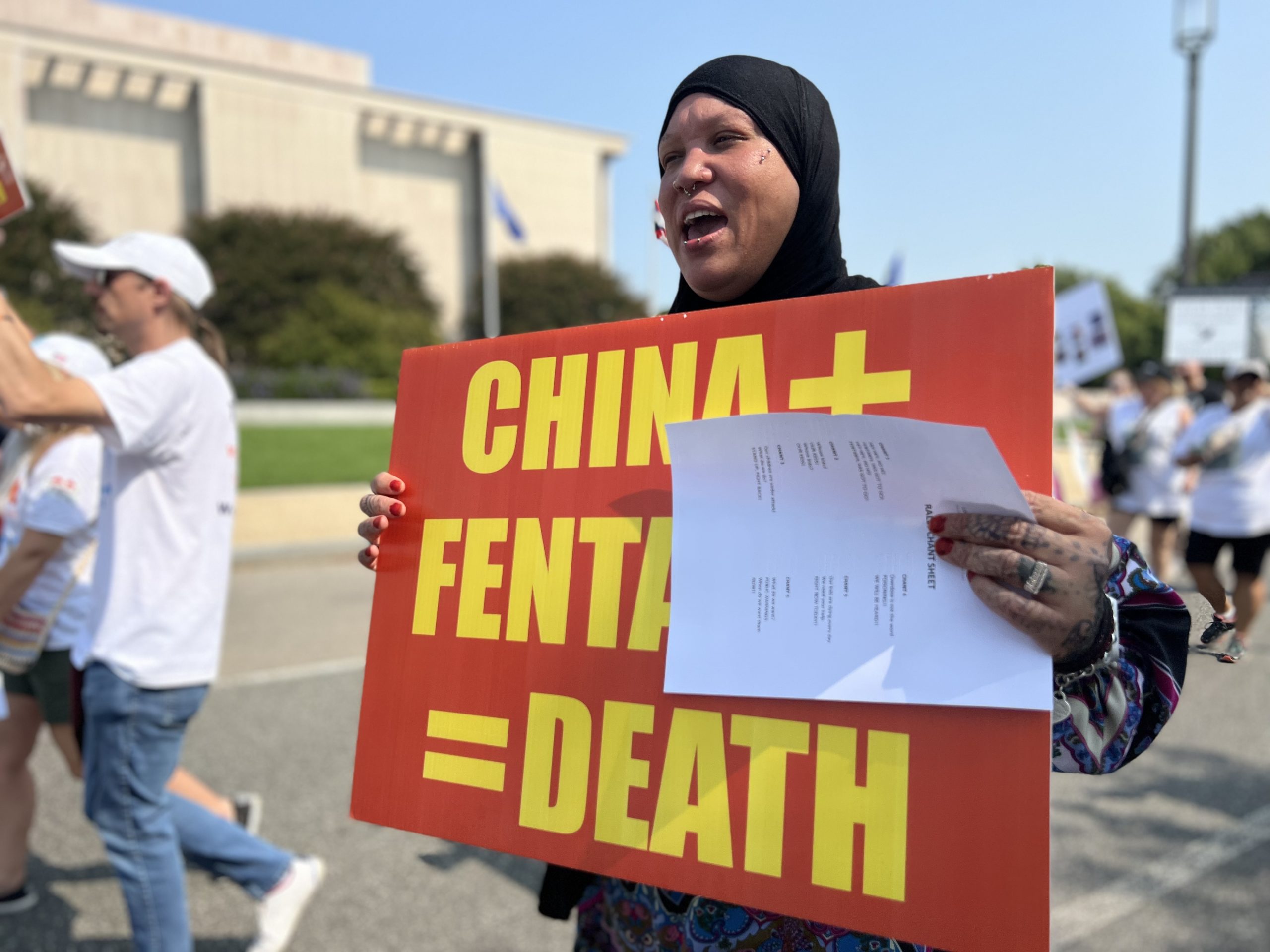 One father from Boston criticized the Biden administration for claiming that the U.S.-Mexico border, where nearly 10,100 pounds of fentanyl have been seized between October 2021 and July 2022, is “secure.”

“When the border is wide open,” he told the DCNF, adding that fentanyl killed his son Connor.

“Do your job, you haven’t even been to the border, it’s ridiculous,” he said.

Former head of the DEA’s Special Operations Division Derek Maltz believes there needs to be more focus from the Department of Education and from the Biden administration, which has the power to address one of the main sources of the issue: the cartels in Mexico.

“Right now, our current administration is not talking about this at the level that they should.” Maltz told the DCNF. “The DEA is the only agency that’s going on the news and talking about this because it’s a crisis like we’ve never seen in the history of the country.” 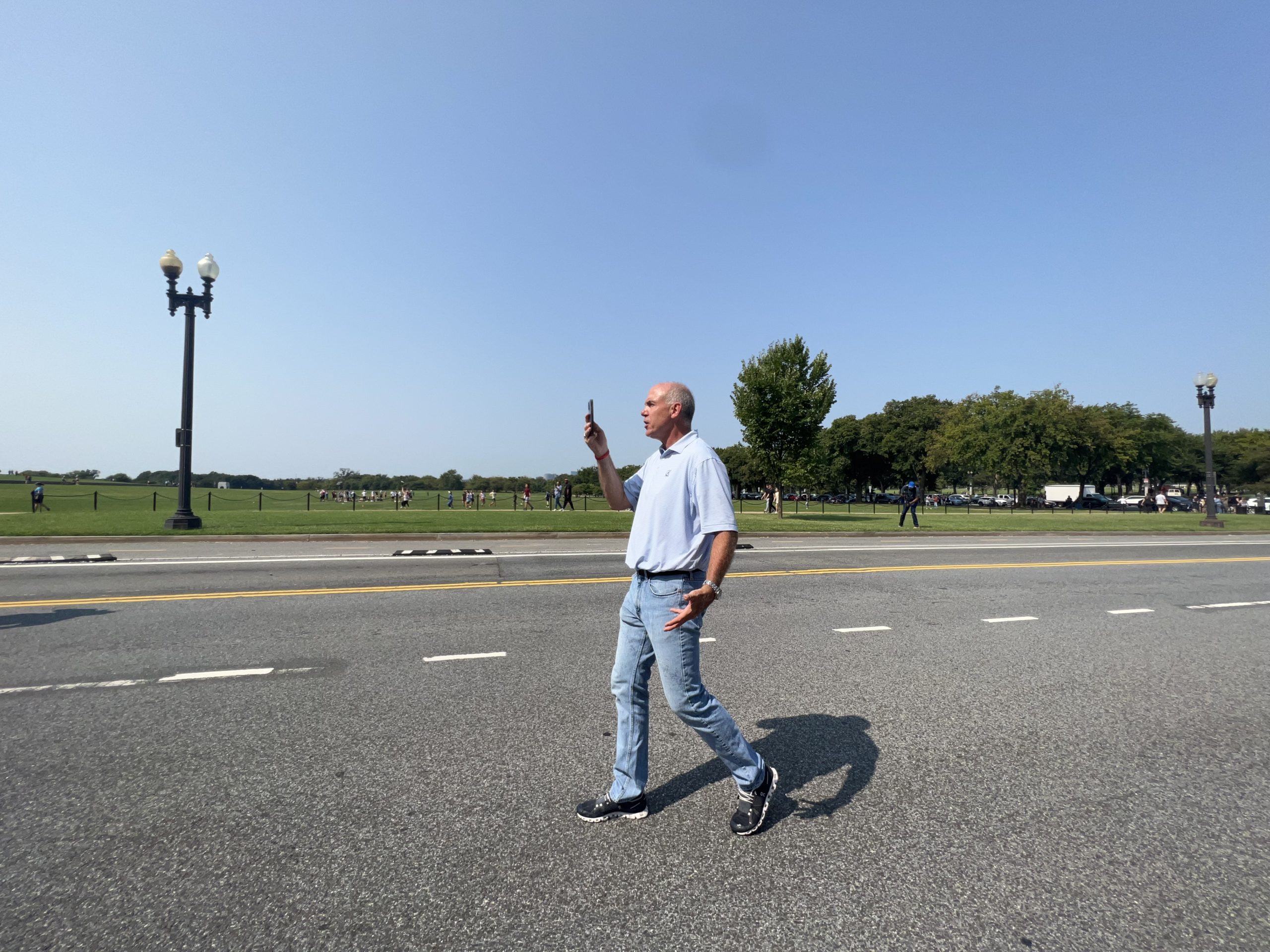 “The Mexican cartels are the enemy of the children like we’ve never seen any terrorist organization in the history of the country do it, but yet our government’s not talking,” Maltz said.

Time is of the essence for America, Babcock explained.

“Save America, save our youth, we’re gonna turn around in 10 years, where are they gonna be? Is anybody gonna be behind me? This is our future, our future generation,” she said. “They’re dying. We just had a fourth grader in Texas die. This is not normal,” she said.

The White House didn’t immediately respond to the DCNF’s request for comment.