A migrant bused to Washington, D.C., was given a “Pelosi” bag by a local nonprofit, the migrant and her mother told the Daily Caller News Foundation.

The migrant, an 11-year old girl, and her mother traveled for over three months with their family from Venezuela, they told the DCNF Tuesday as they awaited a bus to New York. The DCNF was unable to identify the volunteer or organization that may have donated the bag.

A spokesperson for Catholic Charities, a nongovernmental organization with a branch in Washington that was helping the arriving migrants until June 8, told the DCNF that the bag could have come from a rogue volunteer.

“You might want to be cautious about the information from the migrant. There are a number of groups and individuals working on this effort on any given day, and that might not be clear to those arriving. Even a volunteer not affiliated with any organization could have given assistance and items to her,” organization spokesperson Kate Kennedy told the DCNF.

“We are doing some work to support SAMU [the organization now leading the support effort], but we aren’t currently meeting buses. As an example, last week we dropped off a van load of donations at the respite center (clothing, shoes, diapers, snack packs),” Kennedy added.

The American Red Cross told the DCNF that their organization supports “the humanitarian needs of migrants” and that they do so in a “politically neutral” way.

“The Red Cross offers politically neutral support and does not provide political merchandise to migrants,” the group told the DCNF.

The family arrived in Washington on Friday on buses chartered by Republican Arizona Gov. Doug Ducey, as part of an effort that began in early May to send a message to President Joe Biden about the influx of migrants at the southern border.

Border Patrol has encountered over 1,800,000 migrants at the southern border since October, a new record, according to internal U.S. Customs and Border Protection (CBP) data exclusively obtained by the DCNF.

“This is a problem caused by Washington. So we are bringing it to Washington,” Ducey spokesman C.J. Karamargin told TheDCNF at the beginning of the busing.

“This is the flow of asylum seekers, migrants entering into the United States or coming into our or entering through Arizona because it’s easy and bearing the burden for this is our communities. Like folks in Yuma, where hospitals, community organizations, nongovernmental organizations are being strained tremendously. So, the goal here is to alleviate the burden for Arizonans,” Karamargin told the DCNF. 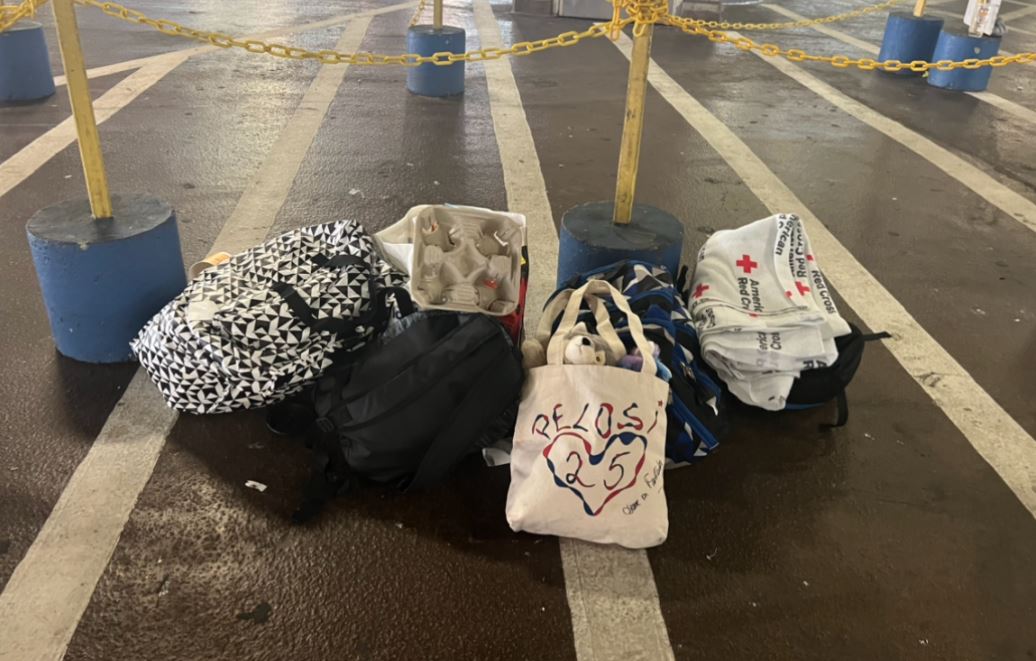 Democrat Washington, D.C., Mayor Muriel Bowser has criticized both Ducey and Republican Texas Gov. Greg Abbott, who’s also been busing migrants to the nation’s capital, saying that the migrants were “tricked” into boarding the buses.

Bowser said the city needed extra support and asked that the National Guard be deployed, a request that the Department of Defense later rejected.

Neither Pelosi’s office nor Bowser’s office responded to the DCNF’s requests for comment.