It is often said that local elections impact us far more than national elections. This is certainly true in terms of public policy, but what is often left out is how our local officials can have an impact on those national elections. Many supporters of the America First movement have said, “We knew that the swamp was deep, but were shocked to find just how deep the swamp really was.”

If our populist movement is to remain a force, then it is vital to remain engaged in state and local campaigns for both public and party offices. The 2020 election demonstrated just how powerful these officials can be in determining electoral outcomes from the bottom to the very top of the ballot and in the response to blatant election fraud.

In Pennsylvania, for example, there was a stark contrast in how some county parties responded to election results and the response expected by voters and volunteers. In Allegheny County, the Republican Party chairman released a “Chairman’s Message” on November 7 before all legally cast ballots were counted stating, “a winner has been declared” and that it was time to “come together.” This statement was released while President Donald Trump’s team, along with countless other campaigns, were still fighting for election integrity.

Despite a social media post from the official committee page regarding voter fraud on November 6, the Chairman later told the Pittsburgh Post-Gazette voter fraud “didn’t happen” and even criticized conservative state legislators trying to act. The Chairman, also a County Councilman and member of the Board of Elections, had previously voted with Democrats (including a member so radical she has been ostracized by many local Democrats) to allow “satellite voting locations” that allowed voters to apply for, receive, and turn in a mail-in ballot, effectively creating back-door early voting. Had a populist held these positions, then many of these glaring errors would have been prevented and perhaps would have altered the outcome of the 2020 elections in Allegheny County. A loud, populist voice at the very least could have drawn attention to these issues while they were still new, before the election, instead of allowing them to fester in the dark and become a malignant and toxic mold.

Pennsylvania Republican Senator Pat Toomey was one of 7 GOP Senators to vote to convict President Trump at his second impeachment trial. While some County Committees remain silent, others have stepped up and censured Toomey for turning his back on Pennsylvania voters. So far, the Republican Committees of Centre, Clarion, Lawrence, Washington, and York Counties, Pennsylvania voted to censure Toomey for his vote on impeachment. Other counties, such as Allegheny, have remained completely silent and acquiesced to the establishment vote. What is the difference? It all comes down to the County Chair, local committeemen and women, and the pressure local officials can exert. By targeting these positions, America First populists can remake the face of the Republican Party at the level where it matters most.

What Offices Should be Targeted?

Populists should target a variety of local offices to ensure that an America First message is not stymied at the local level. First, it is vital to get populist, America First candidates elected to party organizations, such as county committees. These committeemen and women in turn elect the County Chair, who determines the direction of the county and local parties. The County Chair often has the authority to appoint committeemen and women to vacant committees, thus further solidifying the direction of that county’s party. County Committee positions often have very low signature requirements, filing fees, and sometimes zero competition.

Building a strong party organization is why the Democrats often dominate many counties and a refusal to fight fire with fire by weak, establishment Republicans leads to resounding defeat. A strong, populist, America First message coming from local and county parties will resonate with working class voters and more accurately reflect the new Republican base.

Local offices that have bipartisan appeal and purpose are also key targets. Judicial races, local council positions, and school boards seats are vital and attainable. Electing judges of elections and election inspectors is vital to our success. For these positions, voters often will take a look at individuals across the aisle and they can be won with old-fashioned, door-to-door tactics. The campaign networks built to win these seats can remain in place for the next cycle and can be activated for national races to ensure a smooth system is in place, rather than having to rebuild every cycle. Electing populists to these positions will also place pressure on the local party to adopt a message in keeping with that of the elected officials in the county.

Finally, it is vital to create both formal organizations to fundraise and elect America First candidates and informal organizations to win primary elections. The first priority must be electing our people to public office, and if the party is unwilling to work with you, it is advisable to create an alternate network. Principles are incredibly important, but so is pragmatism and finding the best candidate who can realistically win the election. Establishing informal networks will allow us to identify strong, solid candidates who are both aligned (or at least allied) with us and serious enough to make a commitment to the race for the long haul.

The America First moment is not over and the populist wing of the party is here to stay. However, steps must be taken to ensure that we have a continuing voice in both the party and government. The country club, establishment Republicans are readying their forces to push us out: Populists must be prepared to meet them and destroy them on the primary field. 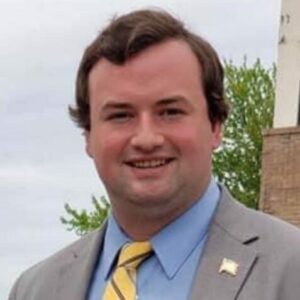 Danny DeVito
Danny DeVito is writer for NRN and political strategist based in Southwestern Pennsylvania. A former Republican nominee for State Representative, he is best known for his landmark fight against the Governor's unconstitutional lockdown orders, appearing on national news outlets. Following the 2020 election, he led Stop The Steal efforts in the Pittsburgh area and was frequently called upon to provide commentary and analysis on election issues. DeVito currently provides political strategy services to political campaigns at all levels focused on patriotism, populism, and protectionism. Find his website at www.DeVito.info

Latest posts by Danny DeVito (see all)
Share to break through the censorship!