The path from childhood to adulthood is well-established. It’s a one-way street. It has a clearly-marked speed limit. There are no U-turns.

Until now. The American Left slammed the brakes on the trip towards adulthood, took a swig of Jack Daniels, threw it in reverse, and floored it going full speed. Backwards.

It’s the infantilization of America.

I have no training that would allow me to diagnose the mindset of roughly half the population of the United States.

First let’s look at the rioters destroying our cities.

I have spent hours watching live streams of riots in Portland, Seattle, and Chicago. I’ve listened to the rioters discuss strategy, debate philosophy and talk politics. After close observation I discovered something profound.

They’re self-righteous, adult children with no apparent skills except repeating chants by bullhorn. For the love of God, could they please write some new lyrics?

Many rioters childishly hand paint “PRESS” on their helmets in hopes the police will treat them with reverence. It’s like attending a Mensa conference wearing a hand-painted helmet that says “SMART.” Nice try.

They build shields from leftover plywood. In one instance, while police were firing pepper balls, the rioters tried creating the Roman Army’s famous testudo or tortoise formation. It was like watching the militia wing of Special Education. I laughed so hard I blacked out.

When Adults Are Brats

At the time of this writing Portland has suffered nearly eighty consecutive nights of temper tantrums with serious injuries among the police. Once-fashionable downtown Seattle is still boarded up like an abandoned factory due to violence. The most recent Seattle riot injured fifty-nine officers. Chicago, New York, and other cities have endured the same, with financial damages impossible to estimate.

It’s not practical – or legal – to give each of the rioters a good spanking. I researched it. The planning alone would take months.

So where are the real adults?

Elected liberal mayors like Seattle’s Jenny Durkan, Portland’s Ted Wheeler, New York’s Bill DeBlasio, and Chicago’s Lori Lightfoot were hired to be the adults. Instead they’ve appeased, indulged, and defended their violent offspring to the detriment of those who pay their salaries. The Left has taken a knee for the rioters like a back-alley prostitute.

Have the rioters returned the favor? Nope.

The rioters continued the violence and looting without paying any legal price. Meanwhile, their Democrat appeasers are wandering the back alley in fishnets, pumps, and lip gloss, wondering why they’re not loved or respected.

What I resent most is how woke adult children have infected all parts of society.

I grew up in a medium-sized town in northern Illinois. When I was about eleven years old, my best friend Larry was given walkie-talkies for his birthday. Being kids, we saw the opportunity for mischief. We formed a 2-person Spy Club.

We chose to surveil the Johnson family for reasons I don’t recall. Using the new walkies, I reported to Larry that Mr. and Mrs. Johnson were watching TV in the den. Larry informed me the Johnson kids were eating dessert in the kitchen. It was high drama.

Then it all came crashing down. I was about to file an updated report to Larry when I heard a crunch in the bushes next to me.

“Hey buddy.” It was Mr. Johnson. He was my dad’s golfing buddy.

He good-naturedly marched me into his house. He smiled while he made me hand wash the plates, glasses, and silverware from that evening’s Johnson family dinner.

So Long, Farewell to Common Sense

Now imagine how the story would unfold if everyone involved behaved like woke adult children.

Upon being caught Larry and I would deny guilt and make two claims:

We would imply the Johnsons may be white supremacists and explain our surveillance was necessary to save lives, locally and globally.

Neighbors would organize marches which would become violent. Rioters would destroy the Johnson’s racist sprinklers and garden hoses. This would continue for eighty nights.

My parents would form a Wall of Parents group. The GoFundMe page would scream “Stop Johnson-ization!”

Local artists would create Soviet-style posters of Larry and me standing side-by-side heroically holding walkie-talkies with muscular arms, chests, and asses. The “Spy Lives Matter” posters would be displayed in every school.

We would face no consequences and the Johnsons’ lives would be ruined.

In the real story my father told me firmly, “Never do that again.” I didn’t. The whole thing was forgotten. In fact, a couple years later I was babysitting for the Johnsons.

There is hope for actual adult behavior, however.

Seattle Police Chief Carmen Best refused to comply with the City Council’s demand she reduce the police force by 100 officers and accept a drastic pay cut. She resigned.

Detroit Police Chief James Craig used serious force to quell rioters. He said, “We will not retreat.” It worked.

Oregon State Police refused to put their officers in danger while prosecutors refused to enforce the laws broken by the rioters. The OSP left Portland.

All three are examples of adult American decisiveness. Thank you.

In the meantime, I’ve decided to engage in some childlike behavior. I declare from today until election day I will purposely mispronounce Kamala Harris’ first name. That’s right. Feel the burn, liberals.

And please come back soon, America. 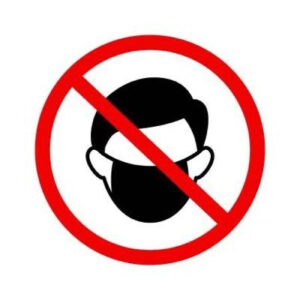 Right Seattle
Right Seattle is a satire writer for NRN and a happy, pro-America, pro-second amendment, pro-Israel, and pro-freedom conservative in liberal stronghold.

Latest posts by Right Seattle (see all)
Share to break through the censorship!