Joe Biden and His Race Baiting

At the height of the crack epidemic between 1984 to 1990 black families were being decimated especially in impoverished neighborhoods. Thugs, killing each other, abandonment of young children by parents strung out on crack. Fathers/mothers overdosing and prostituting themselves for a fix. As a result of this epidemic, Black Churches, community leaders, and politicians called for tougher penalties to rid the streets and protect families from this tragedy.

The cry for peace and a sense of security and tougher penalties reached the ears of many politicians. including candidate Bill Clinton and his 1992 presidential campaign. Candidate Bill Clinton campaigned on being tough on crime and promised to “expand community policing, fund more drug treatment, and establish community boot camps to discipline first-time non-violent offenders,” as he did not want to seem soft on crime. Once in office, it was the task of Congress to come up with one of his campaign promises to be tough on crime and produce a bill he could sign.

There Was No Need for Biden’s 1994 Crime Bill

However, crime was already on a downward trajectory due to Broken Window Policies and other measures implemented by many cities around the country that started in the 1980s. The Broken Window Policy was designed to address minor criminal infractions so as not to invite further criminal activities. In other words, fix the “window” quickly as not to invite more crimes.

Like many politicians wanting to appear like they are providing a solution to a problem, in came Senator Joe Biden with his 1994 Crime Bill, ignoring most of the data showing crimes downward trend. For instance, by 1990 the homicide rate was down by 42%.

Some ways Joe Biden thought he could help was by implementing tougher laws at the federal level and allowed for funding of building new prisons in local jurisdictions. I will point out that Congress’ actions towards crime seem to be more reactive and inventive (appearing to be doing something productive) than to come up with concrete long-term solutions. And this is one of the reasons why we are still talking about this bill twenty-six years later.

Heather Mac Donald: How the New Attack on Law and Order Makes Everyone Less Safe

In 2013, drug offenders were 16% of state prison population, violent felons 54%, and property offenders 19%, according to Heather Mac Donald in her book, The War on Cops. She further stated that federal prison drug traffickers were about 50% of the prison population as of 2014 and that federal prisons hold about 13% of America’s total prison population. Furthermore, she stated there is less than 1% sentence for first-time drug offenders for simple drug possession in federal courts. Mac Donald stated that of the 562,000 black prisoners in state and federal prison in 2006, 4,495 were tried federally on drug charges. Methamphetamine (Meth) charges in 2006, of the 5391 charges, 54% were Whites, 39% Hispanics, and 2% were Blacks. Meth traffickers and crack carries identical penalties. Additionally, Mac Donald stated that as of 2013, Hispanics are 48% of drug offenders, Blacks 27%, and Whites 22 percent in federal courts. In state prisons, 3.6% of the population was for drug possession due to plea bargains and 12% convicted for trafficking. Drug possession did not drive the prison population from 1970 to present according to Mac Donald, between 1980 to 2009 drug offenses made up 21% of state prison growth.

Joe Biden campaigning on being tough on crime in the 2020 presidential election can be looked at through different lenses. Was it sincere, virtue signaling, misguided or was it a calculation for future presidential aspiration as his first presidential campaign was a disaster? And he needed his name attached to something he could use later to sell himself as he did in his 2008 Presidential campaign calling the 1994 Crime Bill, “Biden Crime Bill.” Did the “Biden Crime Bill” cause mass incarceration of Black men? Many people are now hammering VP Joe Biden for his Biden Crime Bill saying that it led to the mass incarceration of many blacks, especially on drug charges, including Roger Stone.

Just a side note, most drug convictions are for trafficking and people with long rap sheets. Joe Biden is a typical politician who has sometimes defended the bill but lately has been ducking and hiding to avoid scrutiny. Instead of admitting that America has a crime problem that has been wreaking havoc in the Black community he has been out shaming Blacks to get their support, “You ain’t black if you have trouble deciding between Trump and me.” Biden said in a recent Breakfast Club interview.

In 2017, there were 1,248,900 prisoners in federal and state prisons of which Blacks made up 38%, Whites 34%, and Hispanics 27%. Most of the charges against Blacks were for violence and property damages with only a small percentage due to drug trafficking charges.

America is safest with law and order and proactive policing. Any politician not supporting law and order is one that should be discarded.

Do you want a presidential candidate that panders to race, Mainstream Media, and leftist wing nuts or one who tries to lower crimes? Beware of the politician that promises to fix issues after solutions have been working. Former Vice President Joe Biden is one of those politicians. Crime has been trending upwards the past few years due to calls from Black Lives Matter and other liberal politicians for less stringent punishment. The question many should be asking is, was the 1994 “Joe Biden Bill” even necessary? 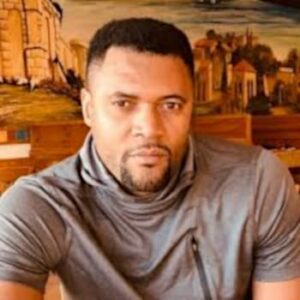 Claston Bernard
Claston Bernard is a writer and "Outcast" show host for NRN. He's the author of Outcast: No Room at the Table for Conservative Blacks in Black America and a 2000 & 2004 Jamaican Olympian.

Latest posts by Claston Bernard (see all)
Share to break through the censorship!