This must seem for Saints nation a real-life reenactment of Groundhog Day! The New Orleans Saints are out of the NFL playoffs for the second straight year following a controversial pass interference not called by the officials. Tragically, what is most confusing is that the NFL implemented a new rule allowing officials to review all possible plays with pass interference. Interference whether or not a penalty was called.

It was during the 2019 playoff game against the Los Angeles Rams, where Rams’ defensive back Nickell Robey-Coleman delivered a devastating blow to Saints receiver TommyLee Lewis well before the pass arrived. Per NFL, Rule 8 section 5 article 1 states defensive pass interference occurs when “a player more than one yard beyond the line of scrimmage significantly hinders an eligible player’s opportunity to catch the ball.” As evidenced in the video below, Robey-Coleman’s hit came far before Lewis could have even touched the ball. The helmet to helmet hit would have been flagged as a penalty this year too.

January 5, 2020: the New Orleans Saints’ official groundhog day. The Falcons were driving toward the end zone and quarterback Kirk Cousins lofted a pass to tight end Kyle Rudolph for the game winning touchdown. The issue is the appearance that Rudolph pushed Saints cornerback P.J. Williams to gain just enough separation to catch the ball in the back corner of the end zone. A proper call would have changed offensive pass interference insead of a touchdown.

After last year’s controversy, the NFL implemented a new rule allowing for review of any play where pass interference might have occurred. This review is irregardless of whether a penalty was called.

So Much Inconsistency in Calls

Referees normally do an incredible job of calling plays correctly, although this season has seen more missed called in recent memory. Having the ability to correct a mistake should help ensure the winning team deserved the “W” while maintaining the integrity of the game. With that, the question is with this new rule in place, how many times has it been used to correct obvious examples of pass interference the referees simply missed? According to Andrew Siciliano, host of DirecTV’s NFL Sunday Ticket Red Zone, five:

That would lead some to think that the referees have called such clean games there were only the five instances an overturned call happened after coaches’ challenges. Watch these examples of some missed calls and decide for yourself. You may come away agreeing with John Sigler from SaintsWire who wrote, “It’s that the officials in charge of the process appear to be going rogue.”

There are many, many, many more. Finally seeing a reversal that was called, which honestly appears the receiver lost his footing more than interference. Here is a correct call and yet another proving referees can make decisions that align with the rulebook. So what is happening?

“He was ranting and raving and he said, ‘These people up in New York don’t know what the heck they’re doing! They got this so screwed up, everybody’s confused. They don’t know what to call, what not to call.’”

Will the Rule Return?

The NFL approved this rule allowing pass interference calls to be reviewed for this year only. There is no telling whether the rules committee will approve it for another year. Whether or not it is back for a second season, what would really help the game is for the referees to improve the calls they are and aren’t making

Despite this rule, implemented in part because of the missed pass interference call in their game against the Rams, the play against the Falcons was not reviewed. Since the play happened in overtime, Saints head coach Sean Payton was unable to throw the red flag for officials to review the play. Under the rules of overtime, only the officials decide if plays are reviewed.

Maybe fate will be with the Saints next year. Until then, their season is officially over and it’s game on between the Vikings and 49ers. 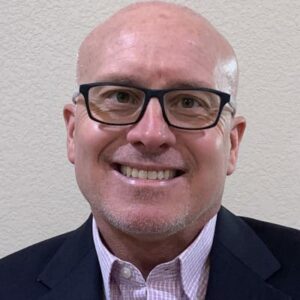 Dr. Dave Baker
Dr. Dave Baker is a publishing editor and writer for NRN. He is a follower of God, a disabled veteran, an English teacher at the high school to university levels, a school administrator, and a cancer survivor.

"What I found at NRN is more than just a job, but a family. Not only do we care about the message, but also for each other."

Latest posts by Dr. Dave Baker (see all)
Share to break through the censorship!