Called “Operation Independence Day,” this month-long project netted over 67 sex traffickers nationwide. There were 103 kids released and counseled, involving 161 separate sub-operations out of 33 field offices. The FBI was clear to point out that the effort to find and stop traffickers and recover kids is ongoing and continuous.

When the DOJ and FBI stop with the Political Games and do their jobs, great things can happen.

Sex trafficking, both in minors and adults, is a booming criminal industry. Billions of dollars ensure it will continue for some time. Often predators like to observe homeless shelters and addiction clinics for vulnerable women leaving. They then follow them, case where they live, if they have kids, etc. They are magically offered “jobs” to help them out, which end up being exploitation traps. If their kids need care while mom’s away, it is provided by people that you wouldn’t want near your kids or anyone else’s.

Other ruses include using online social media accounts to pose as similar-aged kids with similar problems. The fake friends offer to do various things for them, exchanging pictures or even having real kids already in the sex trade lure them out with live chats. Once the victim accepts and goes to that mall or gets into that car with her “friend,” it’s over.

Worldwide Problem, But the US is Largest

“The United States is the number one consumer of sex worldwide. So we are driving the demand as a society,” says Geoff Rogers, co-founder of the United States Institute Against Human Trafficking. The US State Department says that America is one of the top three nations in producers and users of sex trafficking. The reason is as simple as supply and demand. It is also a good environment for it to thrive undetected. Given the high populations of always traveling people and little internal checks it’s not surprising (and not always a bad thing; we like our freedom, thank you).

The Department of Justice (DOJ) is always working on it. In 2018 for example, the DOJ began 230 federal human trafficking prosecutions. This is a drop, however, from 282 in 2017. Despite that fact, Federal convictions rose from 499 in 2017 to 526 in 2018. In total over 70 percent of cases resulted in sentences of five years or more.

It is figured by the US Institute Against Human Trafficking that 50-60 percent of victims come from Foster Care environments. This indicates parental absence and sometimes an already dysfunctional lifestyle that fits right in with the sex industry. Those with existing substance abuse problems are especially at risk.

NRN’s Justine Brooke Murray recently met with Camryn Kinsey for an interview. As a Turning Point USA Ambassador, Kinsey is often asked her point of view on matters involving young women and college-age teens and adults. She is majoring in Political Science and minoring in Philosophy, Politics and Economics at the University of Louisville.

In regards to the tragic problem of human trafficking, Camryn Kinsey reinforced America’s need for a southern border wall to keep out the drugs and traffickers. Kinsley stated: “In every single regard, we need to keep America safe….We have to have a wall.” She went on to elaborate on the unsafe violence and crime coming through the southern border. Kinsey reinforced, “The wall is what’s going to make America safe.”

The Mainstream Media has maintained a constant barrage of hit-pieces trying to link the president to sex criminal Jeffrey Epstein. They claim he has no interest in going after these criminals. Despite this, over 1500 pedophiles have been arrested since Trump took office. This is proof that most of the media on this topic is Fake News. And they wonder why we do not trust them anymore.

Indications are that the current administration fully intends to root out as many sex traffickers as they can. And these arrests have other benefits, as well. It can and often does have the bonus of being tied to the drug business. DEA involvement helps the cause. From Guam to Las Vegas, Dallas to Detroit, Tulsa to Boston, sex predators now know that they engage in a riskier business than ever before. When the DOJ and FBI stop with the political games and do their jobs, great things can happen. 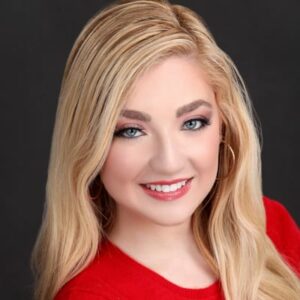 Justine Brooke Murray
Justine Brooke Murray is a writer and RIGHT NOW Podcast interviewer for NRN. She is the reigning Miss Garden State 2019 and a correspondent for Campus Reform. As part of her reign in the Miss America organization, she founded the initiative, “Don’t Shout Down, Don’t Shut Down - Let’s Talk” which aims to restore civil discourse and free speech on both college campuses and in other areas where the First Amendment is currently under attack. Murray's activism and reporting on campus free-speech violations recently got me invited to stand on stage next to President Trump as he signed the Free Speech executive order for college campuses in early 2019.

Latest posts by Justine Brooke Murray (see all)
Share to break through the censorship!