I am as respectful a tweeter as you will find on Twitter unless you are looking for me right now. I currently cannot be found on Twitter because my account is “restricted.” I am locked out by Twitter ostensibly for “bot behavior” and “suspicious activity.”

I have no idea how long my Twitter account will be shut down, but for now, I am unable to tweet, retweet, or stay informed via my Twitter network of events, especially relative to Trump, MAGA candidates, and the upcoming critical primary elections for the 2018 Midterms. I am or was before the Twitter suspension, an active and engaged voice in the MAGA Movement.

If Twitter had any doubt as to my authenticity as a real person, they could check their own records, as I previously applied for Twitter official status. At the time of my suspensions, I was a few hundred followers short of 75K. When I hit that 75k+ milestone and grew my New Media/Political Pundit resume a bit more, I was going to reapply for that special (and seemingly arbitrarily bestowed) Twitter official blue check. I have my website link on my Twitter profile. I am also on LinkedIn. I am on BlogTalkRadio with my ‘Tamara Leigh’s Trend’ on podcast. I have hosted interviews for the New Right Network and appeared as a guest on other New Media shows. I had New Media Press Credentials for CPAC 2017 and 2018. I have tweeted, blogged, and podcasted work with Kate and Pat Scopelliti on their just published book, “America First – The MAGA Manifesto” (with a Forward by General Flynn) and on our #ClearFly Now Hashtag Campaign.

If that is not enough to verify my #NotABot status, I was also quoted in two of the three Politico articles by Shawn Musgrave, @ShawnMusgrave, last summer. The quotes were explicitly on the topics of effectively tweeting for Trump and routinely and wrongly being called “Russian Bots” by anti-Trump Twitter trolls.

As an ardent supporter of the First Amendment, free speech, and civil discourse, anyone of my almost 75K followers and Twitter-verse at large, know I consistently adhere to my own Twitter standard of not personally attacking anyone, even if they attack me. I will, however, politely attack issues or an opposing point of view. I embrace the Twitter marketplace of ideas and believe that free speech, as well as other Constitutional rights, extend up to and as far as the point to where they infringe on another’s. As a communications professional, I intentionally keep my tweets on point. Except for an occasional #Looney Ted Lieu or other MAGA bestowed political monikers, I do not use labels like “libtards” or idiot or any other derogatory names directed at a demographic or individual. Others tweeters are free to do so, and I may even retweet some, but that is why my Twitter profile states, “Retweets do not equal endorsement.”

Despite three years of consistent, respectable Twitter behavior, I was not only put on a list as a “bot”, with a likely purpose of targeting, harassing, and reporting my account, but a tweeter also replied to a tweet of mine around the same time as the May 15th Bot-Listing to @jack @twittersupport, calling me a bot.

In my forced absence from Twitter, a few of my faithful Twitter friends have taken to social media on my behalf with a #FreeTamaraLeigh campaign. They are making noise not just for me, but for all Conservative voices who have been targeted, harassed, and silenced on Twitter, Facebook, and YouTube.

Until James O’Keefe and Project Veritas called out Twitter shenanigans with their Expose, I did not put too much concern into reports from other Patriot accounts that Twitter was shadow banning or messing with their tweets, followers, or retweets. I supported my posse of Twitter peeps but continued with my own golden rule of Twitter best practices so as not to trigger any trolls or cause my account to be targeted or attacked. I am always intentional to not antagonize on Twitter, as I believe what I would often remind my children of when they were growing up, “If you go looking for trouble, you are likely going to find it.” I will adamantly defend anyone’s right to self-expression on and offline, even if I disagree. While I play nice in the Twitter sandbox, I am unafraid to be bold in my beliefs, will not back down from taking a stand on issues and certainly do not kowtow to political correctness.

My Twitter growth and activity has been as organic as it can be. I have invested countless hours near daily over the past three years devoted to working my Twitter account. I can attest to the success of the platform that when the effort is put in, it will result in quality and quantity of growth and exponential reach. In today’s social media-driven marketplace, a solid Twitter account, such as I have invested in building, is valuable social currency. Yet, without even knowing why or what hit you, ‘Twitter Powers That Be’ can shut you down.

Diamond and Silk certainly give credence to the claim. I am no Candace Owens or Roseanne Barr in terms of a big Celebrity Voice, but the Constitution was written to especially protect us as individuals and our liberties as the little guy or gal. The Twitter Trump phenomenon is what really is being targeted, attacked, and silenced. All of our individual MAGA voices come together on platforms, such as Twitter or Facebook, and together we make a loud and significant noise that cannot and should not be silenced.

Hopefully, I will be out of Twitter time-out soon. Knowing there is a #FreeTamaraLeigh campaign is reassuring, but it weirdly feels a bit like your own funeral. Everyone is saying and doing wonderful things in your honor; only you are not there to experience it yourself. In the meantime, my Twitter ban has freed up my time for other things, and like the NFL boycott, you realize there is more to life than tweets and touchdowns.

It is Twitter’s platform and Twitter’s rules. We all use it as “at will” participants. Until another platform emerges that values free expression as the moral high ground, it appears Conservative and contrary voices, like my own, will continue to be subject to punishment by the Twitter algorithm gods. 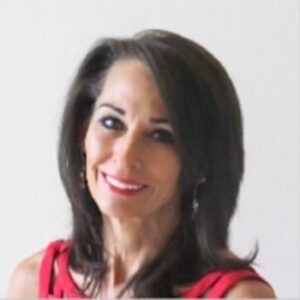 Tamara Leigh
Tamara Leigh is a political activist and consultant, a published author, screenwriter, radio and video host of AMAs on New Right Network and her own Tamara Leigh’s Trend On — Engaging Your Audience to Trend On You, and founder of Tamara Leigh, LLC — a Communications company meeting the needs of clients across platforms. She earned a BA in Communications, but her favorite job is that of mom to 5 “hapa” (half Hawaiian/Japanese & Caucasian) now Millennials. Tamara is a life-long runner and loves the outdoors, travel, fashion, and funny.

Latest posts by Tamara Leigh (see all)
Share to break through the censorship!