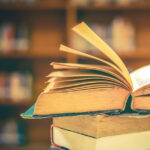 The following article, Historical as Well as Current Misinformation Abounds, was first published on Flag And Cross.

The Biden Administration, aided and abetted by  serial-lying senators and congressional representatives, a twisted-mind press secretary, the Internet’s big tech, NPR, The Washington Post and The New York Times, and the FBI, DOJ, NSA, CIA, IRS and a variety of other federal agencies which have been weaponized against the right, often by Barack Obama, clearly are major conveyors of misinformation. Nevertheless, misinformation has long been with us.

In his book, The Dictionary of Misinformation, published 47 years ago, author Tom Burnham gives us a wide angle view of just how contorted historical ‘facts’ can be. Perhaps more alarming is that even when the truth is exposed, great masses of people never seem to find out and live their entire lives believing something else. Consider the following.

For the People, by the People
There is no provision in the United States Constitution for a cabinet; it has developed over the years as an unwritten adjunct to our system of government.  Nothing in the Constitution either forbids, or specifically sanctions, the giving of advice to the president either publicly or privately, by individuals or groups. Today, the cabinet is accepted as an integral part of the American system of government.

Nothing in the Bill of Rights or the U.S. Constitution requires a verdict to be unanimous in capital, or any other cases. Nor does a jury have to be made up of 12 people, as is commonly believed. Witnesses in a court of law are not required to answer yes or no to a question that an examiner or cross-examiner poses. Obviously, via the 5th amendment, a witness has the right not to incriminate himself or herself.

Inventors or Something Else?
Abner Doubleday is considered the inventor of baseball in 1839. However, there were references to baseball in a novel published in America in 1798, and again in an 1820 novel published in London which explains the game at length as it is known today. By the way, the guillotine is not French, nor is it named for its inventor.

James Watt did not invent the steam engine and never claimed to have. His improvements of an existing steam engine were notable, such that people believed he was the inventor. Robert Fulton did not invent the steam boat, nor does he deserve the credit. His steam boat was developed 20 years after James Rumsey and John Fitch had each run steam boats successfully in America and abroad. Indeed, Fitch had long gained exclusive rights from several states for boats propelled by steam.

Fifteen years before Alexander Graham Bell’s construction of a usable telephone, Phillip Reis had invented a crude telephone in Germany. Moreover in 2002, the U.S. Congress recognized an impoverished Florentine immigrant, Antonio Meucci, as the inventor of the telephone, rather than Alexander Graham Bell who had gained vast fame and fortune by stealing another man’s lifelong work.

Thomas Edison was not the original inventor of the light bulb.  He improved upon the principle others had discovered. In 1802, Sir Humphrey Davy produced an arch light. In 1844, Jean Foucault made an arch light strong enough to illuminate the Place de la Concorde in Paris. In 1860, Sir Joseph William Swan devised a crude light bulb, and in 1878, he demonstrated a successful carbon filament lamp at Newcastle, England, 10 months before Edison “invented” the light bulb.

History not in the Making
The battle of Bunker Hill was not fought at Bunker Hill. Paul Revere didn’t reach Concord on his midnight ride. What most people know of him and his ride comes from Longfellow’s poem, “Paul Revere’s Ride.” This poem begins with the famous line, “Listen, my children and you shall hear…”

Many people believe that after the crash of 1929, financiers jumped out of windows at record rates.  Actually, the suicide rate was the same as in other years.

The damage reaped upon the U.S. forces in Pearl Harbor December 7, 1941 would have been greater if the U.S. Pacific Fleet had been at sea. Americans would have had little, if any cover, and instead of ships being lost in shallow water, which were raised and repaired, all losses would have been irrevocable. Author Leo Rosten noted that far fewer men were lost precisely because “they were in the harbor.”

So… the question arises, will the vast majority of Americans ever be able to cast off the shackles of the misinformation currently slung about in buckets, daily, by the self-appointed “American security state?” Unfortunately the short answer is “doubtful.”

Jeff Davidson
Jeff Davidson is a writer for NRN. He's the world's only holder of the title "The Work-Life Balance Expert®" as awarded by the US Patent and Trademark Office. He is the premier thought leader on work-life balance, integration, and harmony. Davidson speaks to organizations that seek to enhance their overall productivity by improving the effectiveness of their people. He is the author of Breathing Space, Simpler Living, Dial it Down, and Everyday Project Management. Visit www.BreathingSpace.com for more information on Jeff Davidson's keynote speeches and seminars, including: Managing the Pace with Grace® * Achieving Work-Life Balance™ * Managing Information and Communication Overload®

Latest posts by Jeff Davidson (see all)
Share to break through the censorship!