Arizona will erect its own makeshift border wall to fill in gaps the Biden administration said it would fix, but hasn’t, Gov. Doug Ducey’s office announced on a call with reporters Friday.

“All bets are off when dealing with Washington, D.C. right now on the border crisis because the talk is just so cheap. They’ve broken the border so badly, that now after a year and a half, they’re claiming that they’re going to start closing gaps,” Arizona Department of Homeland Security Secretary Tim Roemer said.

“There is absolutely no proof of their actions to date that they’re going to follow through on this and by taking action today, we are better protecting the state and the nation immediately,” he added. 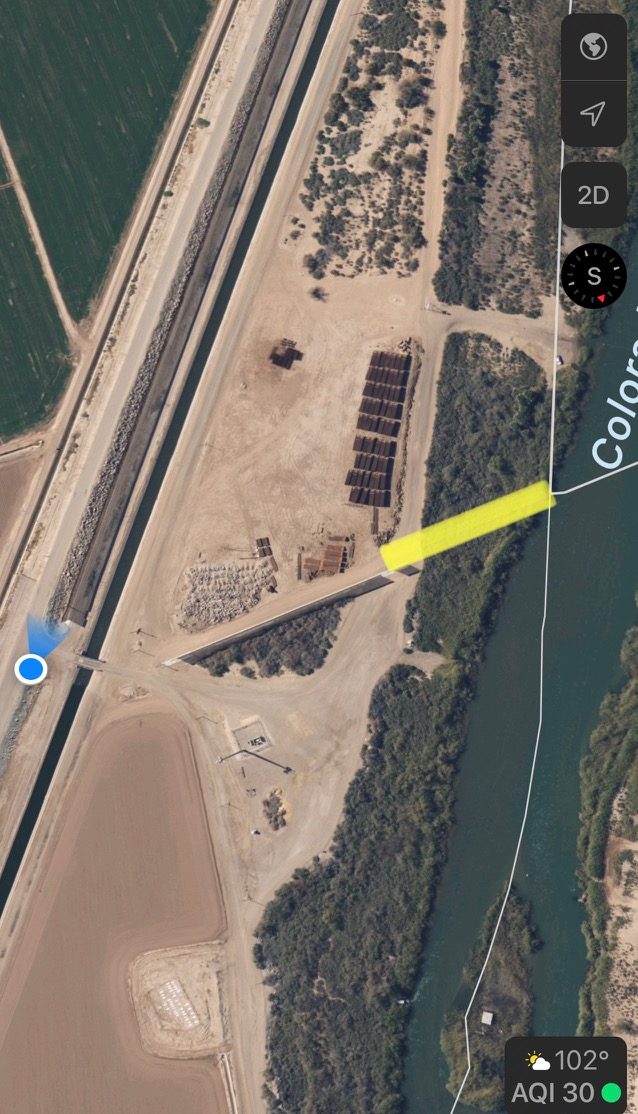 The Biden administration said in December that the gaps would be filled. The Department of Homeland Security (DHS) authorized the project to address the safety risks for authorities and migrants.

“We’ve been waiting a very long time for the federal government to act on this metric they said they were going to do and we haven’t seen any tangible evidence that they’re calling. So we will be doing it ourselves,” Karamargin added.

He said that U.S. Customs and Border Protection (CBP) gave the governor’s office permission to fill the gaps on federal land and that the decision came after the Biden administration recently ended the “Remain in Mexico” program used to expel migrants waiting for their court dates in the U.S.

“Our hope is that they will be paying attention to the news today. They told us they were gonna do it and they didn’t,” Karamargin said.

BORDER REPORT: The first group of migrants I encountered last week in Yuma, AZ were from China, Peru, Georgia, Venezuela, Cuba, and India

Only a few dozen migrants out of the ~1,500 crossing each day into the Yuma border sector are being returned under Title 42 pic.twitter.com/iqdwAX0QKH

The Department of Homeland Security did not immediately respond to the DCNF’s request for comment.