The Side Effect of Impeachment Hysteria

What happened last week in Northern Syria is a direct result of “bluffpeachment.” Erdogan decided to take advantage of the current American political climate. While Trump is busy with more pressing matters, Erdogan put the Turkish invasion of Syria for the “final solution of the Kurdish question,” on the table. Trump had no choice but to get the American guys out of harm’s way.

The Kurds should thank the short-sighted strategists of the DNC for Turkish aggression. Hong Kong residents are also paying for the short-sighted policies of the American Left, who for the past three years, have been trying to expel the legally elected president from the White House. Their (untrue) signal that Trump is about to be overthrown has been heard both in Beijing and in Ankara.

But Turkey made a serious mistake – they attacked civilians.  Of course, television footage of these crimes and further bullying of civilians by Turkish troops in Northern Syria cannot be compared with what the Russian occupation troops were doing in Northern Georgia and Eastern Ukraine. However, all you see the media cover are the events in Northern Syria. The suffering of the Kurdish people is at least sympathetic, and the suffering of Georgians and Ukrainians is ignored. Why?

Because in the north of Syria, there are not just unknown Georgians and Ukrainians who are suffering, but the ideological comrades of the American Democrats – the Marxists of the Kurdistan Workers Party.

The Kurdistan Workers Party (PKK) is a group that the United States, Turkey, and most Western countries view as a terrorist organization. The PKK is a neo-Marxist party that professes a so-called Democratic Confederalism. Their main goal is to establish an independent state of Kurdistan, based on the ideas of Mao Zedong. Their primary weapon is terrorism. The ideology of the PKK is an explosive mixture of Maoism and Sharia. PKK branches (under different names and different levels of fanaticism) exist in all countries where the Kurds historically live—Turkey (HDP, HUDA-PAR, PKK), Syria (PYD / YPG, ENKS), Iran (DPIK, PJAK), and Iraq (KDP, PUK, KDSP, KIU).

The Kurds won sympathy from the (left) West by allowing women to fight (and commit terrorist attacks) along with men. As a result of these gender-equal terrorists, the left-wing feminist movement also supports the Kurds – despite the fact that about half of Kurdish women undergo a humiliating Muslim genital mutilation procedure.

The same forces that were so outraged by the introduction of American troops into the Middle East (into Iraq, for example) are now outraged by the withdrawal of American troops from the Middle East (from Syria, for example). At first glance, there are clear signs of cognitive dissonance, but, unfortunately, there is no contradiction here. At one time, the American Left was against the war with the prominent Arab socialist Saddam Hussein, and now they are simply trying to protect another Middle Eastern Left – Kurdish Maoists.

We Should Thank the Kurds for Helping Us in Syria, but..

For those who demand that the country of Kurdistan appear on the world map with the help of American soldiers, it should be recalled that the most reliable US ally in the region – Israel – has never demanded American protection.  America did not send its sons to defend Israel either in the Six-Day War, the Yom Kippur War, or the 1948 War of Independence. Israel gained its independence by itself, without demanding anything from the United States.

Why should America pay with the lives of its citizens to resolve the Kurdish issue? Why are American taxpayers obligated to fund the Marxist fanatics of the Kurdistan Workers Party? On what basis should Americans correct historical mistakes made not by America, but by the European winners of World War I?

Have the Kurds ever fought against ISIS? Yes, they have, but the Kurdish struggle against ISIS was paid for by America in full – the Kurdish mercenaries were paid the same rate as all other participants in the Syrian civil war. Now that the civil war is over, and the ophthalmologist won (thanks in large part to Iran and Russia, which, by the way as a result of the war, got access to the Mediterranean Sea).

However, the demands for supporting the Kurds in 2019 are tantamount to the requirement of financing the war machine of the Soviet Union by American taxpayers after 1945.

However, the demands for supporting the Kurds in 2019 are tantamount to the requirement of financing the war machine of the Soviet Union by American taxpayers after 1945. One group of American citizens advocates precisely for that—the American Democrats.  As it is known, the heiress of the (created by the Democrats) Ku-Klux-Klan, the leftist terrorist organization Antifa is undergoing military training not elsewhere, but with their ideological comrades-in-arms – the Kurdish Maoists.

In addition, one should not forget the anti-Semitic component of the Democrats – they are very impressed by the fact that the “Jewish question” has long been “solved” within the conditional borders of Kurdistan – all Jews were expelled from Kurdistan in the early 20th century (except for those families of Jewish slaves who are still the family property of some Kurds, and are still inherited).

Why Did Two Reconnaissance Units Betray the Kurds?

The “progressive humanity” became hysterical because of Trump’s decision to withdraw some 50 troops from northern Syria (two reconnaissance detachments), who were on a path of 15,000-strong Turkish invasion forces.  Nevertheless, the transfer of 50 soldiers from one place to another is not at all on the level of a commander-in-chief.  This is on the level of the regiment commander and does not correspond to the conventional wisdom of cabinet strategists that say, “Trump betrayed the Kurds.” Did he betray them due to the relocation of two reconnaissance units headed by lieutenants?

On the one hand, the Pentagon pulled 50 men out of harm’s way in Syria. On the other hand, on Friday, October 11, 2019, the Pentagon announced that an additional 3,000 soldiers would be sent to the Middle East. In total, from May of this year, the American contingent in the Middle East increased by 14,000 people, the size of a division. For everyone who considers himself a geopolitical strategist and is hysterical about sending 50 troops back home, one should calm down and understand that geopolitics operates on a much larger scale than the two reconnaissance units.

Over the past weekend, there have been significant changes in northern Syria. The Kurdish front was unexpectedly broken through because the vaunted Kurdish fighters and their fighting girlfriends provided virtually no resistance to the professional Turkish army. As a result, the Turkish pseudo-sultan’s appetite has increased significantly – and Erdogan now plans to wedge even deeper into Syria and establish a 30-kilometer buffer zone there to protect its southern borders. It is possible that by the time this article is published, Syria and Turkey will officially declare war on each other.

What was Trump’s response? He ordered the withdrawal of all remaining US troops in Syria – about 1,000 men. Before the Turkish invasion into Syria, both Iran and Russia rubbed their hands joyfully, for they had formally achieved their goals in Syria. Now they will have to reckon with the strongest Muslim army in the Middle East, the Turkish army, and at the same time be very careful because Turkey is a member of NATO.

As a result, Trump elegantly added a headache to Iran, Russia, and the ophthalmologist Assad. All at someone else’s expense, of course. After all, everyone understands that the 30-kilometer Turkish buffer zone will not be fiction like Obama’s “red line” in Syria. At the same time, while everyone is talking about impeachment and the Kurds, Trump secretly deployed a whole American division into the Middle East. Where exactly and for what purpose? Unlike Obama, who had a reputation for brainlessly informing the entire world about his strategic plans, Trump does not spread his.

Apparently, cooperation between Israel, NATO, and the Middle East counterpart of NATO known as the GCC (Gulf Cooperation Council), which is based on the confrontation with Iran, is reaching a new level. 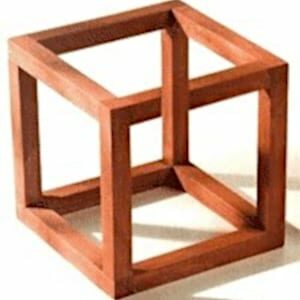