It’s been known for some time in conservative circles that college campuses are not a friendly place to be. It began with comments in the classroom, and maybe a protest here and there; but campuses were still a place where ideas could be debated. The educational elite will still pompously believe that this is what their institutions represent, but the truth is life on campus has radically changed. Jacob Airey, an author, nerd culture commentator, political writer, videographer, and pop culture critic who contributes to The Daily Wire, says conservatives let it happen.[/vc_column_text][/vc_column][/vc_row][vc_row column_type=”block” font_color=”light” background_type=”video” video_bg_url=”https://youtu.be/_VgjBvG6fGM” video_bg_start_time=”139″ video_bg_end_time=”600″ video_bg_parallax=”true” add_overlay=”yes” overlay_opacity=”20″ bt_text=”CAMPUS LIFE” bt_font_weight=”300″ bt_font_style=”italic” shift_y=”0″ z_index=”0″ add_bigtext=”true” min_height=”100″ bt_max_width=”300″][vc_column][wvc_video_opener caption_position=”bottom” video_url=”https://youtu.be/_VgjBvG6fGM” caption=”Hollywood Spotlight | Interview with JACOB AIREY”][/vc_column][/vc_row][vc_row][vc_column][vc_column_text]”I think it started in the 80s. Because if you think of the hippie generation…that’s what turned a lot of Liberals into Progressives. A lot of these Liberals who hated people with money, their parents started dying and they started inheriting money and thinking ‘Oh, actually having money is kinda cool.’ But instead of becoming capitalists like any sane person would, they started teaching at universities. And they started teaching their ideology.”

Intolerance and Violence on Campus

Campus is no longer a place ideas can be discussed. It’s now a place where ideas are shouted down. A professor like Melissa Click can see a young student journalist and threaten to call in for more muscle. Professor Click was fired, but found employment at Gonzaga University after her well-publicized termination. This attitude has trickled down to the student body.

Airey says that’s because it was largely ignored in the beginning. “I really think it was limited to the coasts. At first, everyone kinda ignored it, ‘It’s over at Harvard. It’s over at Yale. It’s over at University of California, Berkeley. it’s not really happening.’ Conservatives really didn’t fight to put a stop to it…. That generation didn’t really fight it and by now, our generation, it’s kinda become infected.”

Nerds do not have a political home. You can be a conservative, libertarian, liberal, progressive, or hardcore anarchist to find comic books, manga, graphic novels, space operas, or other related media entertaining. While shows like ‘The Big Bang Theory’ and Disney’s superhero film franchise have propelled the sub-culture into the mainstream, nerds and geeks still find themselves snubbed when speaking to anyone on both the Right or Left side of the aisle.

Speaking to late-night host Conan O’Brien, comedian Marc Maron, who is ironically starring in ‘The Joker,’ declared, “I have some issues with them and I generally don’t like them. I don’t wanna be bullied into seeing those movies. I’m a grown-up, I’m not seven, and I think those movies are for grown, male nerd childs.”

Conservative reaction has not been much kinder. While some movies or projects have been slightly praised, Right-leaning media outlets have regularly dismissed nerd genres of film and literature as mediocre at best and immature at worst. No one is saying that a person is wrong if they do not care for or like the genre, but to look down on these fans and the things they enjoy is a mistake.

For years now, fans have been annoyed by the growing Far Left influence on Marvel and DC Comics story-arcs. Not necessarily because of the politics, but because the drop in quality of both the art and plots. As such, they have been turning to independent creators including Right-leaning creators like Martina Markota, Ethan Van Sciver, Richard Meyer, and Doug TenNapel, who have all had successful crowdfunding comic book projects. This should make it clear that anyone, despite their political affiliation, can find some enjoyment in the pages of superhero stories or the like.

Conservatives should build bridges with the comic book community and work to bring them into the fold. It is an opportunity to bring in a group of men, women, and yes, children who appreciate both fine art, literature, and world building.[/vc_column_text][/vc_column][/vc_row] 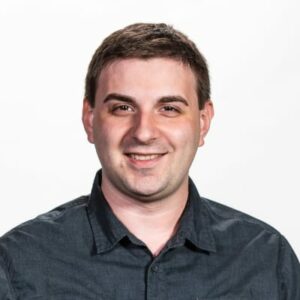 Jacob Airey
Jacob Airey is a contributing author for NRN, nerd culture commentator, political writer, videographer, and pop culture critic. He started his blog in 2012 where he covers a vast variety of topics including movies, music, and faith. He also hosts StudioJake on YouTube where he frequently publishes his rants, ravings, but also interviews interesting guests. Airey is a contributor to The Daily Wire where his articles have covered a wide-range of topics including films, faith, and politics. He was a frequent panelist on the "The Michael Knowles Show."

Latest posts by Jacob Airey (see all)
Share to break through the censorship!