Rep. Ilhan Omar (D-MN) gave a speech last Wednesday to the House of Representatives, in which she referred to a border wall as sinful.  Not expensive or impractical. Sinful. Speaker Nancy Pelosi called the border wall an immorality.

My late father was a minister. We discussed good and evil many times during his life. But I never looked to any political party as a theological or moral authority. So I’m a little shocked, to find that Democrats have suddenly appointed themselves as the sole arbiters of all that is pure and holy.

From my 25 years in advertising and PR, I see a well-defined strategy at work. The first clue that it’s indeed coordinated, is that many Democrats are using the exact same words – which they use to condemn everything from border barriers to Republican healthcare plans.

Rep. Alexandria Ocasio-Cortez said on Capitalism, a system that allows billionaires to exist is immoral. In the 2018 Midterms, I noticed the frequent use of the phrase ‘our values’ by Democrat candidates, and it continues. (‘Our values.’ Translation: those other guys don’t have any.)

Marketing Begins With a Target Demographic

Democrats have identified their target demographic as voters who consider themselves to be upstanding and moral – basically ‘good people.’ It’s not a narrow market to be sure, but within it, there’s a growing acceptance of candidates who approach policy with a bit of self-righteousness. It wouldn’t have worked in the 1980s, and Republicans would be excoriated even today, if they pointed out real immorality. But clearly it’s working for Democrats now, or they wouldn’t be doing it.

It just demonstrates the campaign underway to label Republicans with a Scarlet S.

It is human nature even in politics, to compare oneself to others, and reinforce one’s own superiority by pointing to others’ shortcomings. What better way to simplify complex policy disputes, than to simply repeat a theme of ‘Democrats good. Republicans bad?’ The message being, ‘If you want to be a good person, you will only stand with us.’ In other words, leave the deep thinking to us.

Democrats lost many evangelical and Catholic voters in 2016. Since they have high hopes of regaining the White House in 2020, they’ll need some of those Midwestern, Blue Dog, Christian Democrat voters to get there. So why not use the language of Christianity and make them reconsider their support of hell-bound Republicans and an adulterous president? (Of course, the truth is, many of our most effective presidents would’ve failed that particular moral test.)

To put policy decisions in these terms, is in some ways a new approach. In other ways, it’s archaic and puritanical. Perhaps the Founding Fathers discussed slavery in terms of moral and immoral, but that’s the only policy that seems applicable to this kind of narrative. (Well, that and abortion. But I highly doubt we’ll hear those particular terms used by Democrats in an abortion debate.) Other policies are never so black and white, no matter how one side wishes it to be.

I guess it’s a natural progression, to go from calling people immoral to calling them sinful. Since President Trump was elected, Democrats have used any opportunity to label Republicans as immoral, unfeeling, unsympathetic monsters. Nancy Pelosi assured us more than once, that “people would die” if a particular Republican policy was implemented. (To date, I’m unaware of any Democrat-sponsored research to determine who has died as a result of tax cuts.)

No group of human beings is perfect – especially politicians. But I’ve seen certain conservatives’ words and deeds so misconstrued and twisted in the past two years, that I can’t help but note the linguistic maneuvering, or marketing plan as it were.

The fail-safe part of the plan, is that you can use it to debate without debating at all. It’s designed to end the conversation. Much like calling everyone ‘racist,’ saying that policies are sinful or immoral evokes a dropped jaw and rolled eyes and not much more. Unless you’re an adoring Democrat, in which case, you’ve already tweeted at least once, using the hashtag: #TheWallWWJD.

What is the Rule for the Democrats’ Moral Standard?

You can’t quote illegal immigrant crime statistics as a response to ‘sinner!’ Which is perfect for Democrats’ purposes, because Rep. Omar isn’t prepared to explain precisely HOW it’s sinful for a country to protect its own borders. After all, sin is defined as a transgression against God’s law. Rep. Omar is Muslim, so will we be referencing laws in the Quran or the Bible?

The point is, none of these questions were ever meant to be asked OR answered. Calling a policy immoral is far less taxing on the intellect. There’s no need for actual policy knowledge or pesky data points. Just say the word and ‘good people’ will nod their heads in assent. Debate over.

Rep. Omar was part of the indignant and ‘moral’ mob who attacked Covington teenagers last week, before learning the details of the incident. Since then, Left-wing pundits have declared that MAGA hats are the 2019 equivalent of KKK hoods. So while it may be amusing for Democrats to don their halos and pretend to be saintly – there are real-life, serious consequences to labeling policies, as well as millions of people, as well as silly hats: evil. You’re putting innocent people in harm’s way.

In December 2017, GQ ran an article entitled: “Republicans Always Count on Democrats to Do the Right Thing.” Huh?? Recognizing that 99 percent of media are de facto platforms for Democrat cheerleading, you can see how that headline is not only misleading – it’s false. But it just demonstrates the campaign underway, by both Democrats and the media, to label Republicans with a Scarlet S.

We need to expose this attempt to dumb down American politics – not only its hypocrisy, but the absurdity. A party can appoint itself The Morality Police, but in most cases, the issues faced are neither moral nor immoral. They’re debated and settled by doing the hard work of analyzing cost vs. benefit, and a host of other factors that take real bipartisan effort. Just calling the other guys ‘immoral’ is a shortcut to your next paid vacation. It needs to end. 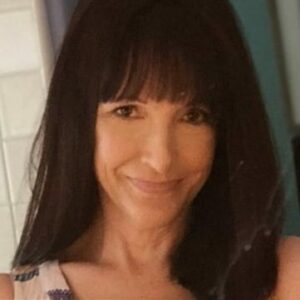